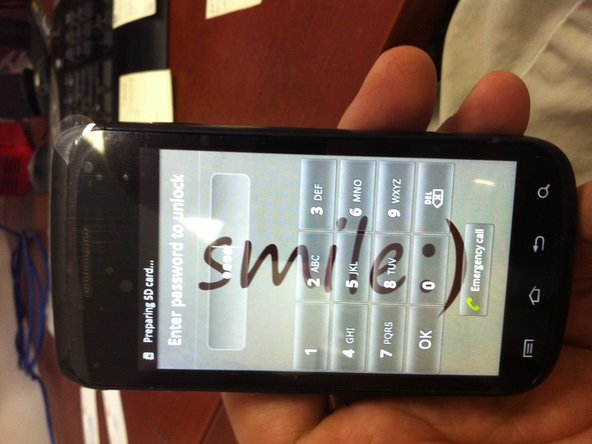 My niece broke the digitizer on her Galaxy W (as the Bell version is named) and I had the task of replacing it.

I think I spent more time trying to find out other names for the phone so I could find a replacement digitizer then I did actually doing the repair.

When I finally came across the name Exhibit II and confirmed that it was the same phone the digitizer was an easy find on eBay.

The overall process was pretty simple and I only hit a couple of minor snags. I've done many iPod, iPhone 4 and 4S as well as iPad screens and this was much easier then either one of those.

You are correct. I have fixed the guide.

Thankyou so much Rene for doing this guide. I just finished replacing my digitizer. Just as you said, it was easy and cheap to find on ebay. I got the part and tools for under 11.00 with free shipping! I'm not the type of person that would try to do this repair on my own, but your step by step with pics made it easy.

Thanks! I just needed to remove the motherboard.