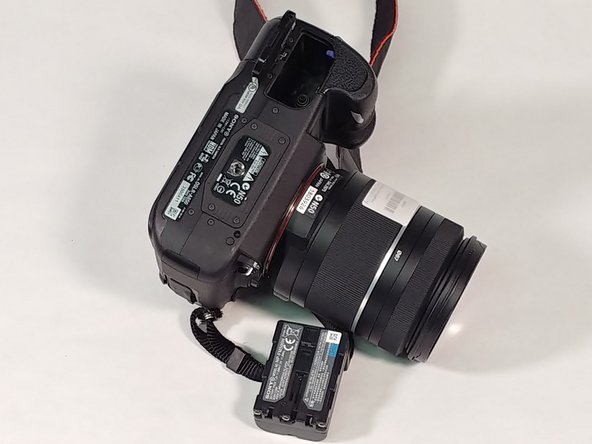 An often encountered problem for amateur and professional photographers is as you use your camera over time the battery begins lasting a shorter and shorter time. After a few years (or months depending on the frequency of use) the camera may power on but will quickly show the battery exhausted error and then power off. This is an inherent part of modern batteries; the cycle life. While good batteries can last several thousand cycles, all batteries will eventually hold less and less charge. As time progresses this lack of battery power makes it impractical to use the camera at all. At this point the best solution is to replace the depleated battery with a new battery. This, fortunately, is a simple operation on the Sony DSLR a850.

Below is a step by step guide to preform this replacement.

if the reassemble instructions are unclear try reversing the disassembly procedure.

if the reassemble instructions are unclear try reversing the disassembly procedure.