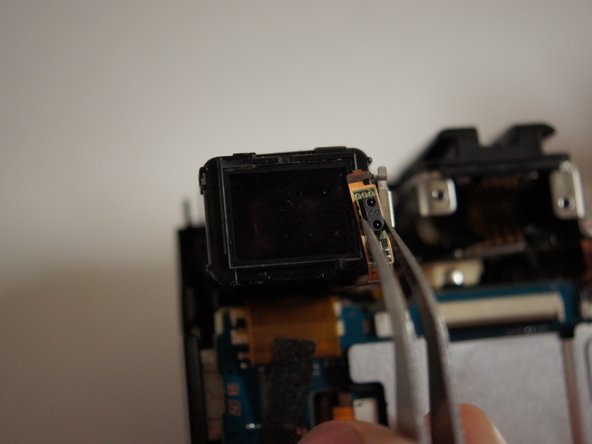 Use this guide to remove the front and back panels covering the housing of the camera, allowing you to replace the viewfinder. This guide will take time to complete, but the steps are not very difficult to perform.

thank you for this tutorial, can you tell me or buy a replacement viewfinder?