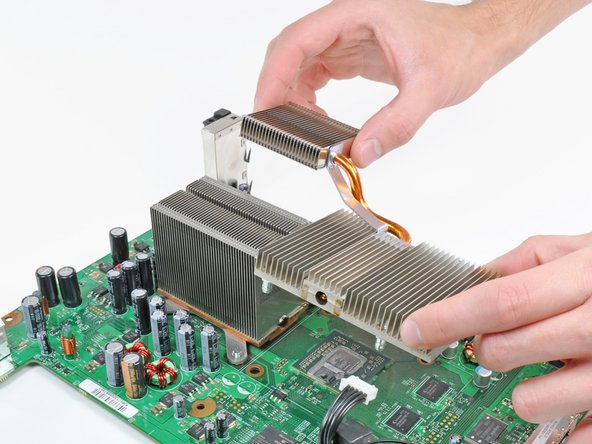 Use this guide to remove your Xbox 360's GPU heat sink. Before reinstalling the heat sink, be sure to apply a new layer of thermal paste.

This guide is very inssuficient. Before you try this, find another guide

I work with many different types of mobile electronics. The tools required section is great. The walkthrough claims to visit their site for upto date info. For a free guide this exceeded my expectations for certain. They could use a little section tab to see videos as that helps the diy ppl learn by examples.