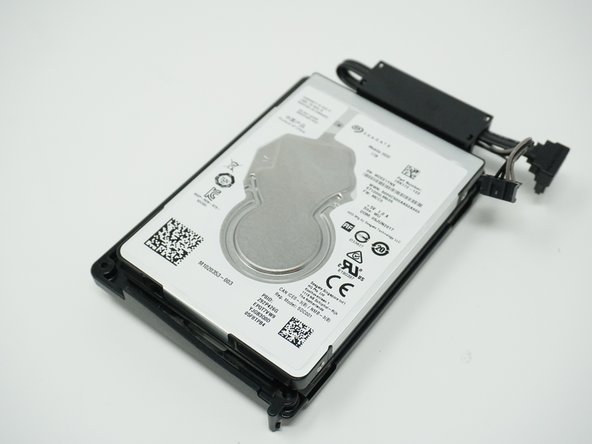 This guide explains how to remove the Seagate hard drive of the Xbox One X. And it is for both Xbox One X and Xbox One X Project Scorpio Edition.

This guide has you removing 10 screws that you didn’t need to remove and tells you to disconnect the BD-ROM drive which according to *the* person in the scene you should never do.

Skip this step. The board remaining attached does not hinder removal or reinstallation of the HDD.

Only Remove the bottom left 4 screws holding the HDD caddy.

**Special Note** If you’re going to replace the hard drive, make sure that you disable Fast Boot and change to energy saving. Always go to the settings menu, go to Power & startup, and do a power down from here when possible. This will prevent E102 errors when the new drive is installed.

Hey man can u help me out, when I turn my xbox on it goes to e106 and then when I go to update or reset it gives e101, I can not turn on energy saver mode or power it off what should I do, should i plug it into the computer and reset it and get all of the files? Please respond asap

I had fast boot enabled before I began the hard drive replacement. I will put the SSD back in and let you know how it goes.

I did the clone and the first error I got was E105. After rebooting I got E102. I tried resetting/factory default and same issue. I will just use the recovery tool from Microsoft. Thanks.

I have found that the screws on the back of the case in steps 1 and 2 are actually T10, not T9. The T9 bit started to strip the screw before even hitting a quarter turn. Now, I also have a Project Scorpio Edition Xbox One X, which might possibly be slightly different. I doubt that, though.