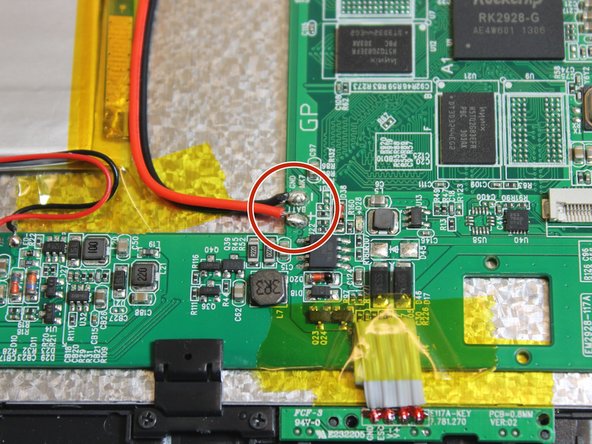 As the tablet ages, the battery pack will steadily degrade in its ability to hold a charge due to constant discharging and recharging. Eventually it will not be able to retain enough charge to power the tablet and will have to be replaced. While replacing the battery pack is a relatively straight forward task, care must be taken when handling the battery pack. The pack is made up of a lithium-ion compound in a flexible mylar jacket which can allow internal battery components to come in contact with each other causing a potentially dangerous chemical reaction. Also, the mylar jacket is vulnerable to damage which could allow the internal chemicals to leak out.

Since the motherboard will be exposed, care should be taken to prevent short circuiting the power leads from the battery or allowing static electricity to damage the motherboard. An antistatic mat should be used if available.