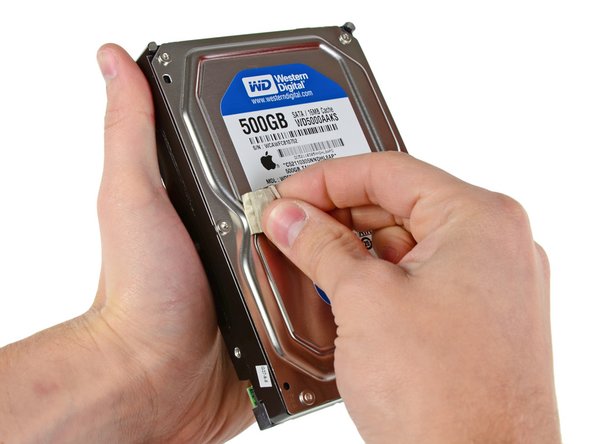 Use this guide to replace or upgrade your hard drive.

I went through all the steps and now when I attempt to boot, I hear the apple chime, but I get nothing on screen.

I thought this might have to do with a loose cord, but when I reattached the suspect cord (the display data cable) it did not resolve the problem.

Anyone have any ideas as to what could be causing the display to malfunction?

I had this problem as well, caused by a small cable coming from the display. It is a Sync Cable with a small 2 Pin Molex connector, and it popped up and got hidden when I removed the display, which caused me to forget to re-attach it during reassembly.

Question for capone99: where did this cable come from? Was it one of the five specified for unplugging in this guide? Or are you saying it came loose by itself during installation?

Did anyone ever solve this? Having the same issue.