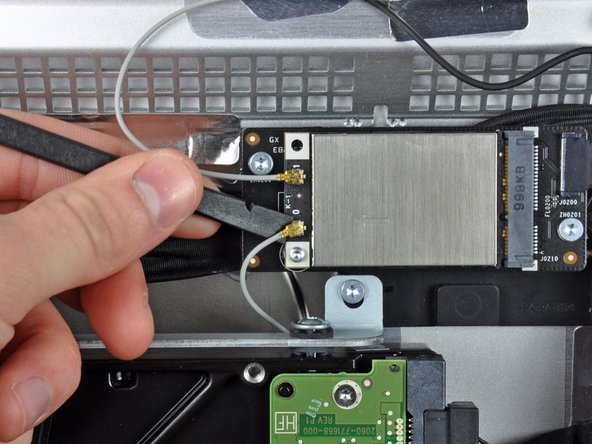 I tried to exchange my broken AirPort card twice already but my iMac still can’t connect (and find) any wireless networks. As i bought the AirPort card which i exchanged today from an dealer, claiming it “new”, i guess i have any other problems. Anybody can help me with it?

in my 2011 21.5” imac i somehow broke one (the very right one) of the thin wires that connect to the airport card mount, actually broke the connector. no sure what to do. any info?