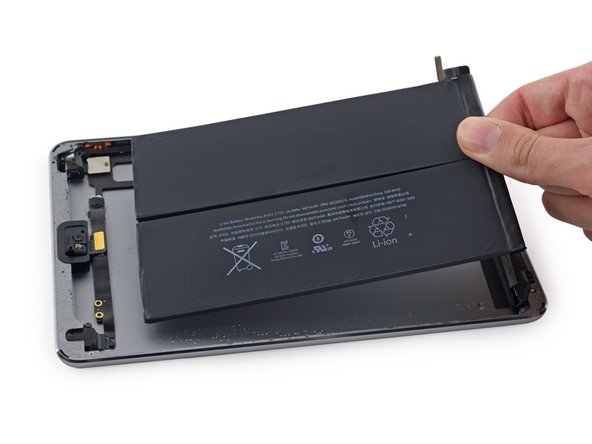 Use this guide to remove and replace the battery in your iPad Mini 3 Wi-Fi.

Wonderful instructions. Very comprehensive and clear. I would have found a bit more insight into installing the new adhesive helpful, as well as any guidance on how thoroughly the old adhesive needed to be removed. Took me about 2.5 hrs, working slowly and deliberately. Thanks Sam!

Thank you so much I really needed help

Thank you! I had an iPad Mini 3 with a bulging battery that had lifted the glass and display away from the body of the iPad. I purchased the repair kit + battery replacement kit and was able to install the new battery using these instructions. I took extra time to make sure the glass and display were not damaged from the bulging battery, but it made it a little easier to get the glass off since most of the adhesive had already been lifted off. I used Goo Gone and one of the blue plastic spudgers to remove the old adhesive from the glass and from the case.

I would have liked to have seen instructions on installing the replacement adhesive but figured it out. I cut some of the long pieces into smaller pieces to make it more manageable, especially the section under the digitizer ribbon. Also, there wasn’t a mention of the two, small, metal pieces that stick to the adhesive in two of the corners to help support the glass over the display screws. I made sure to save those and replace them.

My Ipad Mini 3 doesn’t turn on at all. I checked the battery’s voltage and it’s ok. Could it be the LCD? Can anyone help me?