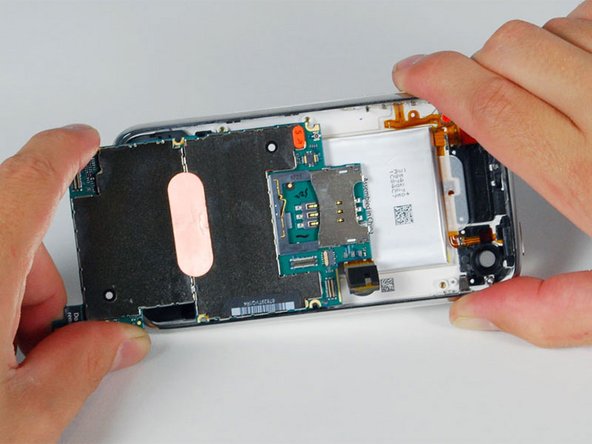 The logic board of your iPhone controls everything in the iPhone.

Step 6: When I attempted to 'rotate the white connector 90 degrees' my white connector broke into 4 pieces... my phone is now beyond my repair. I feel soo dumb. I should have used a pair of eyebrow tweezers (two flat blades that press together) to wiggle the #3 ribbon cable in/out of the connector instead of trying to pivot it.

Anyone know how to repair this? Drop me a line at quathiaski(at)gmail.com

I have found out why I broke my connector all to heck... I attacked the wrong end with my plastic prodder. Work on the BLACK end... it moves...not the white end.

Hi Dayna, How are you today.

You are not dumb, you is learning.

Where Can I buy a Iphone 3g replacement Logic Board?

You have to search for used parts in marketplace like eBay and so on.