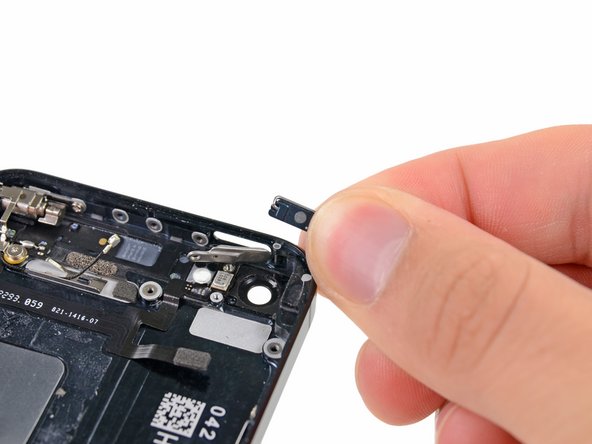 Use this guide to remove the power button from your iPhone 5.

Hi! Great step by step guide. I did it twice today and my iphones 5 are working great. Just thing. In my opinion there is no need to remove the battery. It is how I did it without any complication. Keep it up.

This is an extremely helpful guide. I was quite surprised when I opened my iPhone 5 that there were 2 screws lose inside it. I bought it new and have never taken it apart or had it serviced before. Never heard any rattling either so who knows. haha

I noticed that needed the smaller Phillips head screwdriver than the one recommended in the guide.

The only advice I can give is to take your time and go slow slow slow. There were many small heart attacks when prying the screen off and taking out the battery.

I had to go considerably farther in taking apart the phone. My lock button was attached to the volume, mute, and vibrate as one band. found some similar videos on Youtube explaining.

I was skeptical that replacing the tiny power button alone would fix my issue of turning my phone on and off and putting it to sleep, but it did the trick to my great surprise. You'll need a steady hand (ie. no caffeine) to complete this repair because of all of the small screws. Thanks iFixit for a great guide!