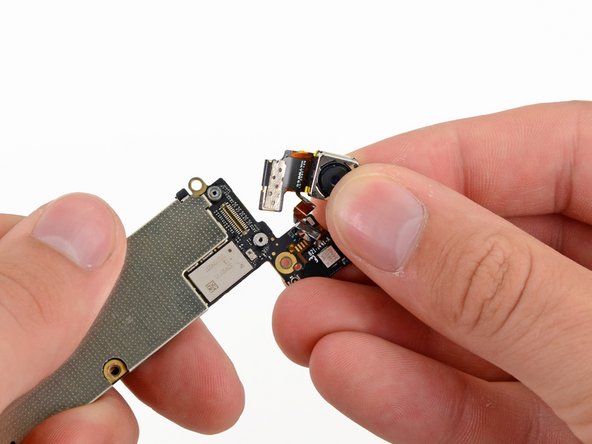 Use this guide to remove the rear-facing camera from your iPhone 5.

after i replace the rear camera, my iPhone doesn't reboot without itunes... It always in restore mod! Anyone can help me? Plz!!

You have probably Pry-damaged your iPhone by removing battery tho

Be meticulous and patient and this is a very easy repair. The hardest part was getting the flash set in the case after installing the new camera. The new flash unit does not have any glue on it so the flash lens would not stay seated. A dab of super glue did the trick. It's as good as new! Here's a couple helpful ideas: silicone baking pads make a great anti-static mat, ice cube trays are great to put tiny screws and plates as they are removed from the phone. Number them by step so you can easily reverse the instructions!

The tiny cover/bracket seems to hold this in place securely, so no glue should be necessary. Did you forget to replace the cover in step 16?

Has anyone else had an issue of the flash not working after this repair? Any ideas of why?