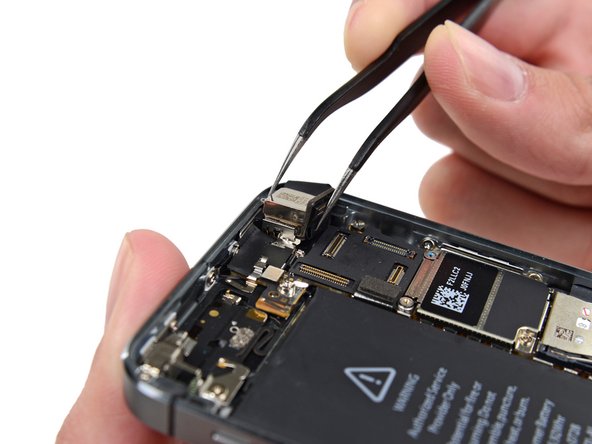 Use this guide to replace a broken or non-functioning rear-facing camera in your iPhone 5s.

i replaced the camera but its just showing black in the camera app, front facing camera works fine but the flash is saying its overheating, works fine when i put the old one back in (apart from the focus, which is the reason for replacement), can anyone help? is it a faulty new camera part?

Paul, I took mine to the local repair shop because of camera not focussing up close. They replaced it and it was all black like you report, they tried another camera and had the same problem, also they mentioned that it was overheating. They then put back in my old camera and it's got picture again but still not focussing. They said the main board must be faulty and wanted to post it away for repair. I suspect they're using a dodgy aftermarket camera replacement.

Worked fine for me... Thanks! After the first assembly I had stripes on the screen - reopened and did it again several times. At some point it worked - just apply enough pressure on the display connectors an try it out before closing the display ( there is no need to connect the home button each time).

I have a problem, after doing all steps and after re-assembling the screen doesn't work well. I powe ON and then in the vertical of the screen appear color and stripes colors in vertical, nothing more can be viewed. just color stripes...