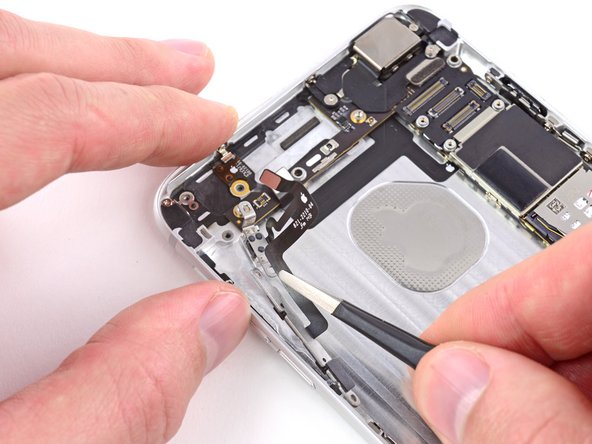 Use this guide to replace the audio control and rocker switch cable.

I had removed the rocker switch cable but can't get the mute switch back in properly on reassembling the device.

I have put the mute switch back on the flex cable correctly but when screwed in the switch doesn't 'flick' all the way to click into the mute position. It gets stuck and flicks back the the unmuted position.

Any help would be appreciated