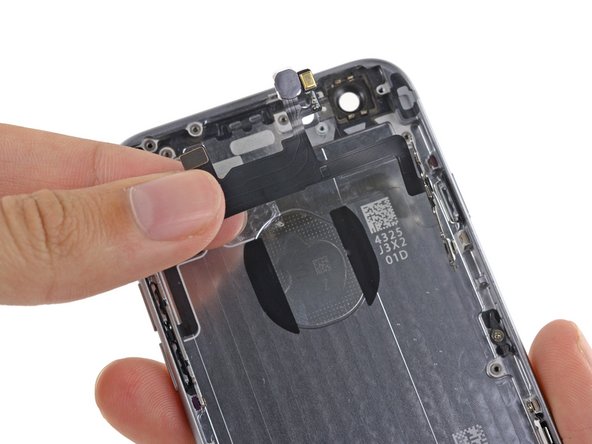 Use this guide to replace the power button assembly cable, including the mechanical power switch, camera flash, and microphone.

Thanks! This is helpful!

This helped out a lot, couldn't find a good enough photo on how the power button was put back on its mount.

Took me 2.5 hours to complete this. Had a hard time getting the factory cable connector off the power button. Used some 3M Double Sided Adhesive tape- 2mm width, Black color to hold the new replacement cable connector in place on the power button. An IFIXIT video showing how to install the connector onto the power switch would be a big help. Had to use a You-Tube video to complete that step. Also, a good reminder to ensure all your connector cables are clear when reinstalling the logic board. You definitely don't want to pinch any of them. Follow the directions carefully and patience is a must! Wasn't that hard for my first time replacing this flex cable.

PRO TIP Order a part that already has the metal bracket attached for a few cents more and save yourself the hassle. I buy all my parts on eBay because of their awesome buyer protection and sellers always want to keep a good rating.

I think I got a broken cable. Can someone help me with that?

Is it broken and can I fix it? Or is this normal and what to do?