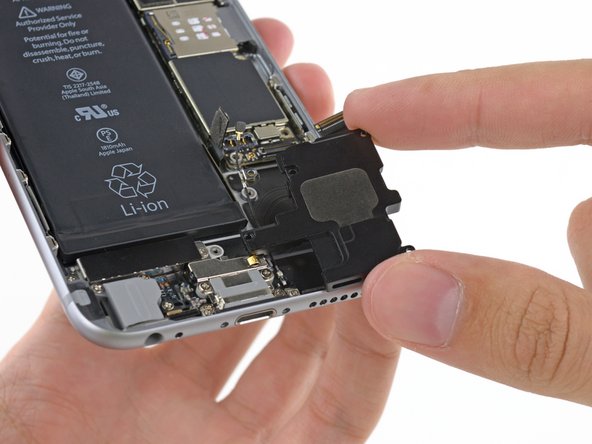 Use this guide to replace a broken speaker in your iPhone 6.

This guide instructs you to remove the front panel assembly; this is intended to prevent accidental damage to the display cables while you work. If you feel comfortable supporting the display carefully while removing the speaker from the iPhone, you can skip the display removal and go directly to the speaker removal steps.

Hi guys, I'm about to start this process. My question is, do I need to remove the screen before changing the speaker? Is there any reason why I should do that? Or can I just live the phone in 90 degrees, as shown on step 9? To sum up, can I just jump from step 13 to step 20? Thanks!

I'm wondering the same thing. Why does the screen need to come off? I have no problem doing it but seems like a good bit of work that is not needed for just replacing the speaker.

Fully detaching the display is not necessary. If it's properly supported so that there's no strain on the display cables, you can skip straight to removing the speaker.

After replacing my speaker when I turn my phone on the audio sounds distorted and if I turn the volume up too high instead of increasing the volume the phone will power off. Any ideas?