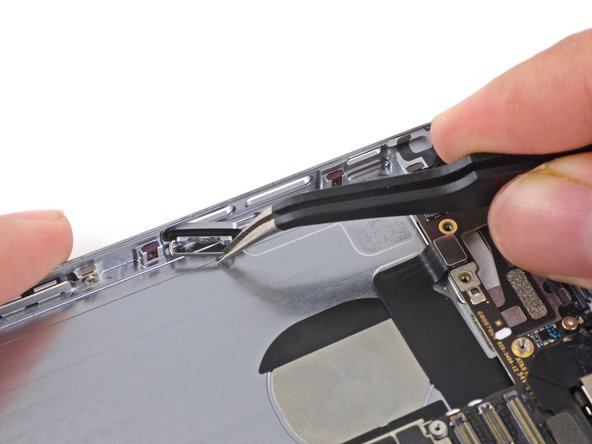 Use this guide to remove or replace the volume button covers in your iPhone 6. This guide is just for the physical buttons, and not the electronic switches beneath.

hello guys, i have a problem with installing the frets to put in silent, I noticed that there are small springs to adhere well to the external key to the internal mechanism, only to replace it I loosened a bit, and now the clips and some smollato ... you as you have done? have you also found this problem? I hope you can help me.

No doubt you probably have sorted it by now lol but I was struggling re-mounting the mute switch too! You’ll notice there’s small grooves/notches that the little pins off the bottom of the physical metal switch sit in. You just have to put the switch in the off position (top side when mounted) and then get it seated over the plastic switch first, and then move the little pins back under the springs either side and into the little grooves/notches on the mount. Once it’s seated in those notches just push the springs down a little so the metal switch won’t easily fall off when moving around and positioning back into the chassis ;)

“And how do you glue the adhesive seal back on?

Have a real problem .... And where would you get these as spare parts?

I was lucky enough just to get them to stick back into their spots with the existing adhesive on them. They’d be near impossible to clean anyhow, so just do your best ;)

Hello! If one of the buttons is bent, then I only need to replace the button not the whole cable right? :)