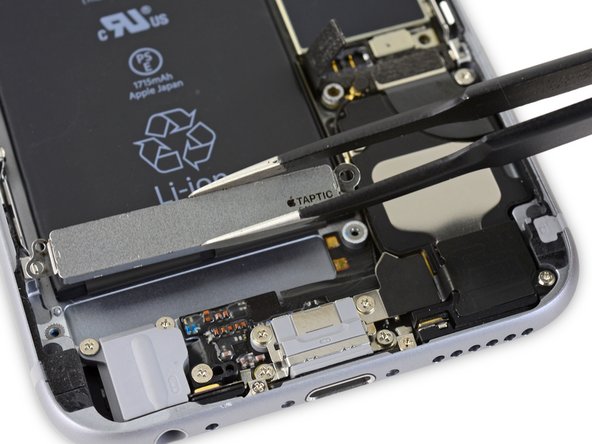 Guide very clear and toolset and replacement battery worked just fine. I replaced battery without disconnecting front panel. Both glued strips got broken (I didn’t remove Taptic Engine) but I managed to rescue strips by carefully leveling up battery with the spudger and picking the strips with twezzer. Then it was easy to pull the glued strips thanks to the gap gained between battery and rear panel

I must admit, although the guide was excellent and well illustrated, I found it a bit of a challenge. I don’t know if my age (nearly 80) didn’t help , with a slightly shaky hand! Those tiny, tiny screws that can ping all over the place, and replacing the weenie terminals that could so easily be damaged if you press in the wrong place, I found the worst to cope with. However the guide was very helpful with its warnings, such as when you are getting the old battery out and the danger of damaging the volume button connector if you work too near the top end.

To conclude I think the guide is very good, and thank you.

Great guide! The battery health seems to be working as well surprisingly.