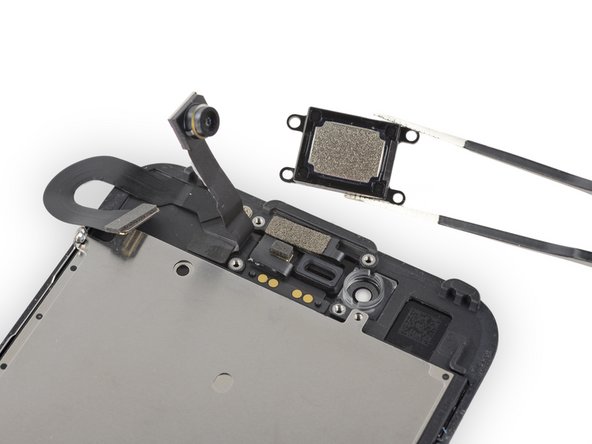 how to remove sensor

I successfully replaced the earpiece but after completing everything the iphone stopped charging ,what could be the reason?

Check your battery cable. Make sure it is seated properly to the motherboard.

instructions were great and easy to follow. I have managed to replace my ear speaker which i bought from your store, but the problem with distorted sound still exists.

Is there maybe some kind of failure on my motherboard on device or something else?

Hi I have a question- what is the speaker attached to that is making it work? From the video it looks like it isn’t attached to any wires that connect to the rest of the phone, but maybe I am not looking closely. I am wondering because I broke the front camera ribbon and would like to know if that should affect my speaker?