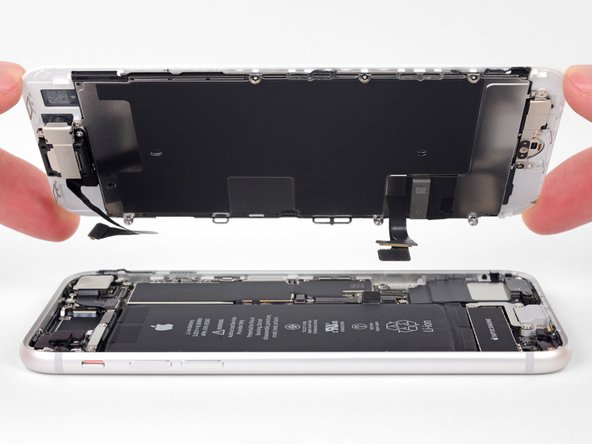 Prerequisite-only guide for detaching the display assembly on an iPhone 8.

Any suggestions for cleaning/clearing the old adhesive from the phone and the best way to install the new adhesive without getting it tangled up on itself or any other phone parts??? Thx!

@a340mech Detailed instructions for the adhesive are linked in the final step.

Actually, about five minutes after I posted, I found the link. Thanks!

I used a bit of Acetone on a Q-tip to clean off the glue from the metal parts, making sure that it doesn’t touch anything plastic. Instead of the adhesive that is supplied, I installed a strip of one-sided electrical tape. I can only think of one reason for the tape in the first place and it is to keep the battery from flopping around. I figured that a strip of one-sided electrical tape would be just as good at taking up any space between the battery and the back of the display and it would have the benefit of not having to be removed next time ‘round and it would make it easier to remove the battery as well. The battery doesn’t flop around and everything works just as before. I’ve done about four of these now on iPhone 6’s and 8’s