After a spate of discouragingly unrepairable devices, we’ve finally landed on something to buoy our spirits: Google’s newly-released Nexus 5. 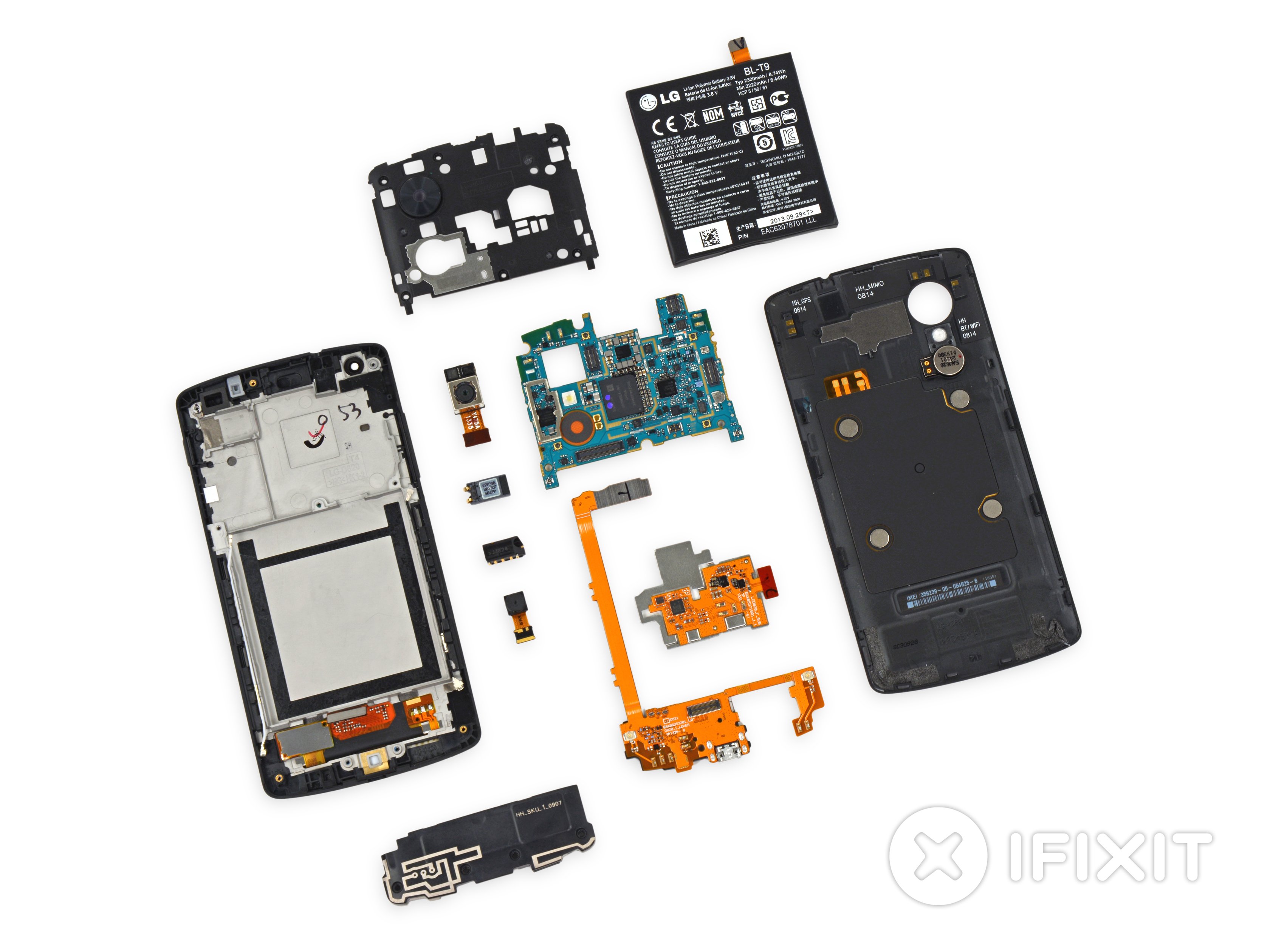 No iOpeners or heat guns were necessary to open up this bad boy. We removed the Nexus 5’s back panel with just a bit of careful prying, giving us easy access to all its internal goodies. That accessibility should come in handy when it’s time to perform repairs or switch out an ailing battery. And speaking of batteries! In stark contrast to the ghosts of devices past, the Nexus 5’s minimally-adhered battery should only take a moment (and maybe a spudger) to replace. The rest of the phone’s design follows a similarly modular framework, earning the newest Nexus an 8 out of 10 on our repairability scale.

• Sounds of joy emanate from the teardown factory as we find this Nexus is held together by… plastic clips! While these clips are plenty stubborn, they’re nothing like the headache that a glued panel would be.

• On the back case, we find conveniently labeled antennas for the Wi-Fi, MIMO, and GPS. It’s not quite instructions, but hey, we’ll take what we can get. 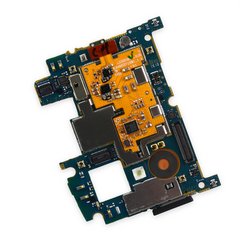 Replace a damaged or broken motherboard for your LG-D820 model Google Nexus 5 with this part. This is a used, OEM part.

• Google gives us the Goldilocks of glue: It’s just enough to hold the battery in place, but not too much—the battery can still be removed with minimal prying and virtually no bending. Non-LG manufacturers, take note!

• NFC is the tech behind Google Wallet—one of the Nexus devices’ most loved features and one often blocked by carriers. Last month, the rumor mill speculated that the Nexus 5 would feature a Broadcom NFC controller that could eliminate carriers’ ability to wallet-block customers. Rumors confirmed: we found the Broadcom BCM20793M NFC controller.