We all know a trusty No. 2 Pencil is full of graphite (not lead) but just what’s powering the Apple Pencil? Apple’s super snazzy stylus finally landed on our teardown table and we had to bust out the rotary tool to get it open. First impressions? It’s pretty neat how much clever tech they were able to cram into such a teensy cavity. But fixers and hackers beware: this device was not meant to be repaired or opened—you can’t get in without destroying it.

• This is the smallest logic board we’ve ever seen, weighing in at a whopping 1 gram. This little board gets even littler, folding in half to make the most of the minimal space.

• The Pencil’s pressure sensor is made up of a tiny board with three conductive ticks, matched up with another three ticks that move with the (spring-loaded) tip. We assume that by measuring movement between these two parts, the pen knows how hard you’re pressing. 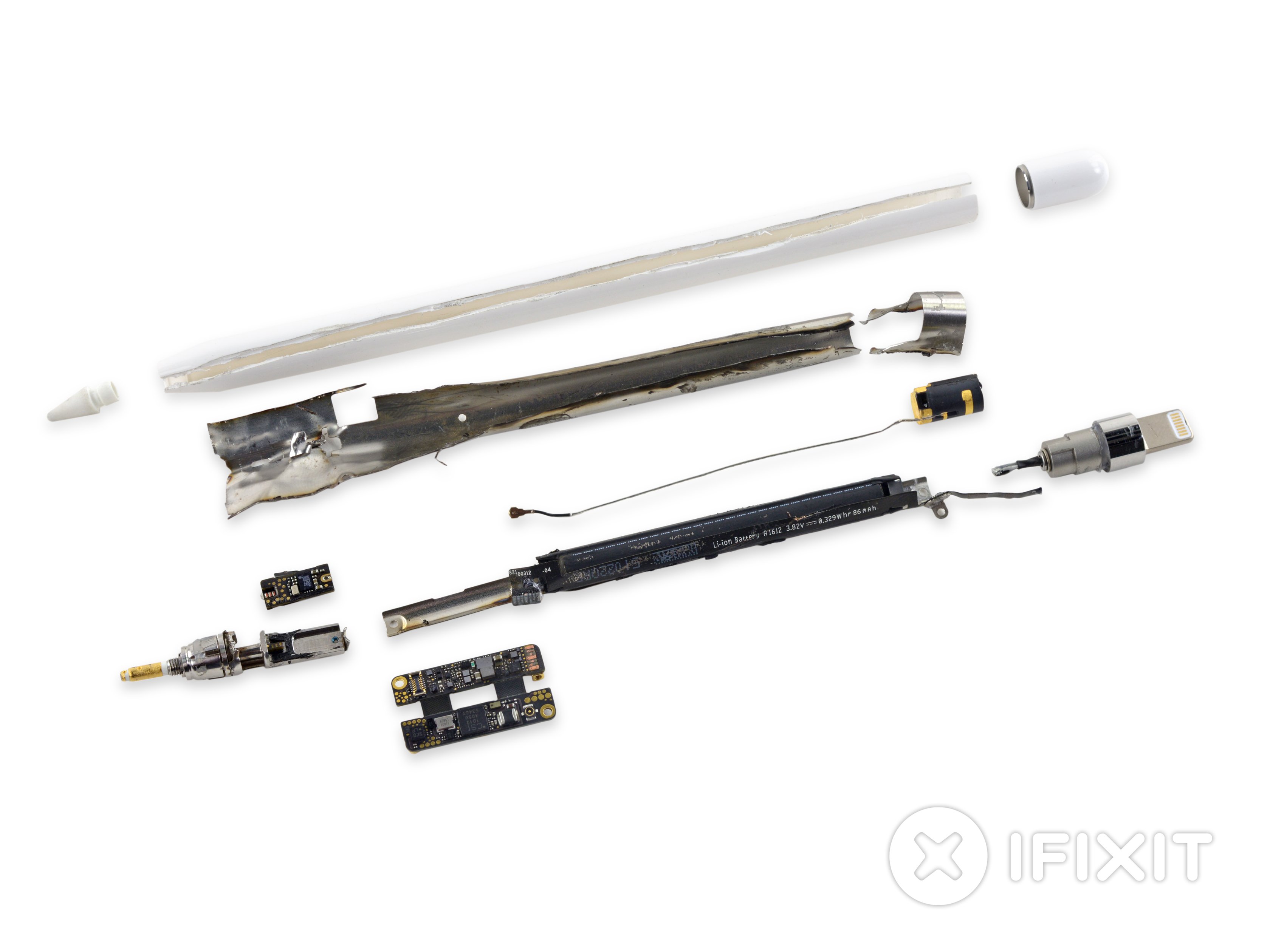 • A peek inside the Pencil nib reveals a tiny metal bit sunk deeply into the tip. This likely connects to one of the two emitters in the Pencil that allows the iPad Pro to determine the Pencil’s angle and orientation.

• When the Pencil’s 0.329 Wh battery dies for the last time, so does the Pencil. Integrated, irreplaceable batteries make us sad, and make devices a burden to recycle.