Last time we had an Apple Watch on our teardown table, we encountered the tiniest tri-point screw we’d ever seen. So tiny, in fact, that we had to file down our tiniest bit to finish our teardown. So when Apple announced the Apple Watch Series 2, we expected things to get even tinier. (Spoiler alert: they didn’t, and our screwdrivers were ready this time.)

For the most part, the Series 2 is a typical 2nd-revision Apple device—looks almost exactly the same on the outside, but it’s super refined and a bit easier to work with on the inside. The old standard S1 System-in-Package processing unit got upgraded to the S2, and in the process was flipped completely over. Now all of those pesky soldered connections are actually on the same side of the board as the things they connect to. Neat! Replacing many components will still require microsoldering, but will not require removing everything from the inside of the watch first. Tl;dr, this Apple watch is slightly less disposable. 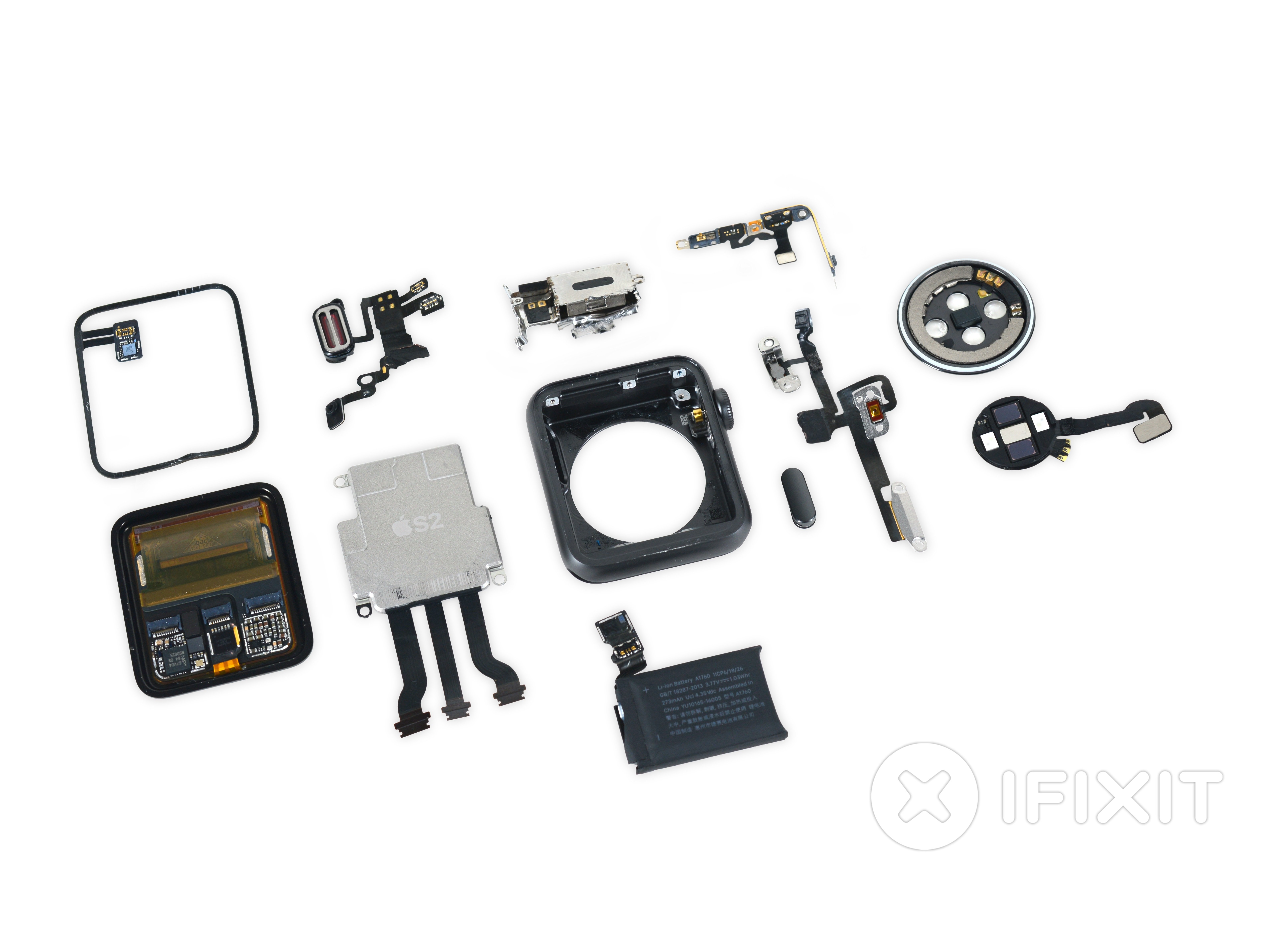 This is just a taste of the teardown. Get your full serving of Apple Watch Series 2 teardown on iFixit.com.