Not Perfect, BUT close enough 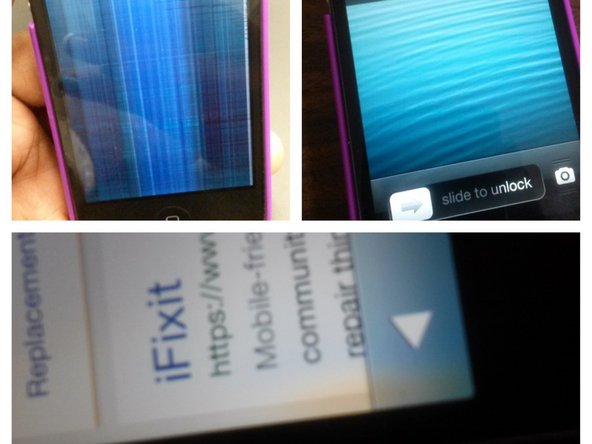 Dropped my iphone 4S flat on its face. Glass did not crack but LCD was dead. No warranty and was not interested in getting a newer model iphone so I opted with this cheap fix.

Was a little skeptical of the tools being cheap after reading other reviews, but they did the job for the most part. I had extreme difficulty unscrewing the battery connector screws in step 4. I at first thought the screwdriver was too big, but the screws may have been stripped. I eventually got them out and the repair went smoothly there after. Took about 3.5 hours for the full repair. Screen quality is ok, HOWEVER! I did notice a yellow spot on the lower left hand corner of the screen after reassembly. A couple of forums have suggested that it is due to pressure from tight screws during reassembly but, there are no screws in that area. I just hope that the screen isn't defective and the spot will not spread. I do not want to have to replace the screen yet again, although the fix was simple (besides the stripped screws). Although the spot is annoying, I have my screen back so I will tolerate it. I consider the fix a slight success.

To unscrew the stripped screws I put a little piece of masking tape over the screw for grip.