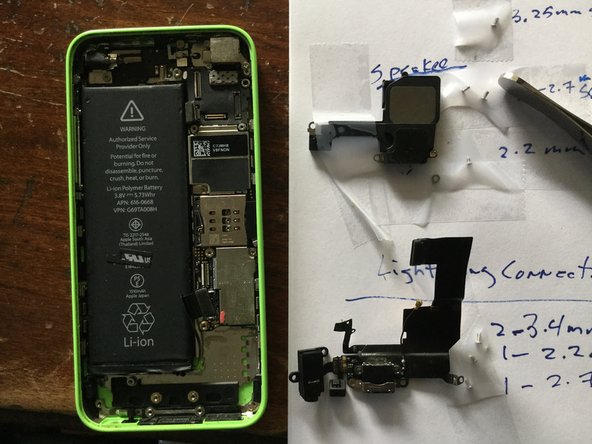 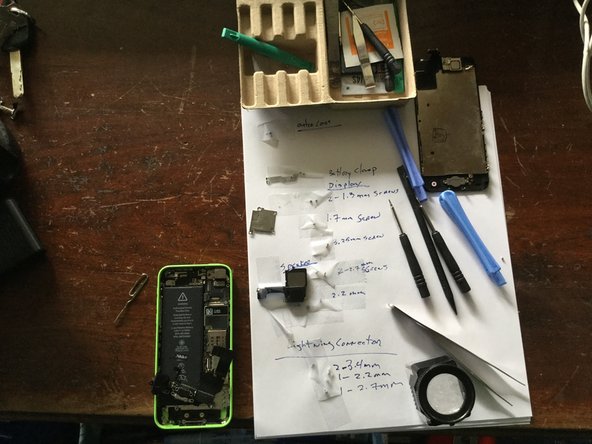 This was the 2nd lightening port repair I have had to do. This was much easier than the same repair on the 5s I repaired before. Again, I also believe it is not necessary to take out the battery. However you need to unplug it from the logic board. Turns out the Lightning port was not faulty. One of the two 3.4mm screws was loose and the port was moving around inside. I went ahead and changed it out anyway since it will probably fail sooner or later.

Don't remove the battery. Just take care to tuck the adhesive tab for the battery back with an exacto knife while seating the new Lightning port. Make sure you plug a Lightening cord in to the Lightening Port and headphones into the headphone jack once you have the new part in place to make sure it lines up correctly. This really helps to get the part in the right place.