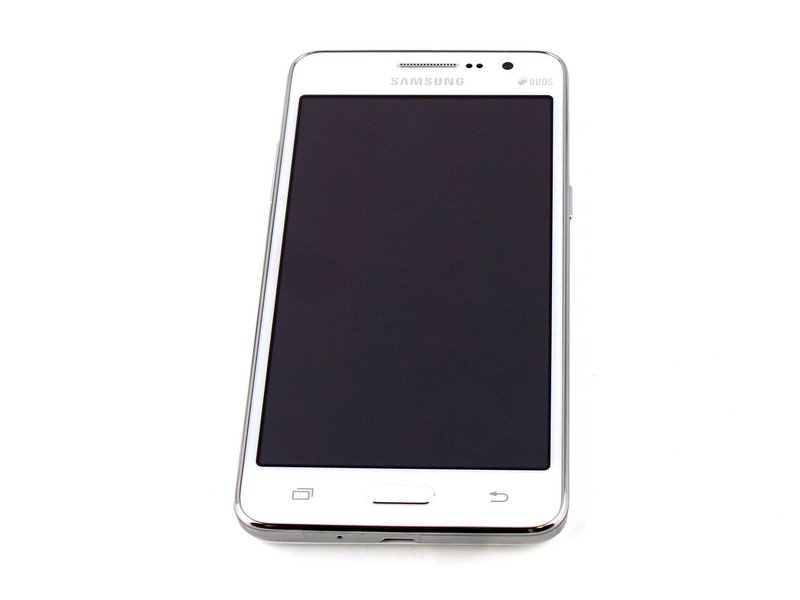 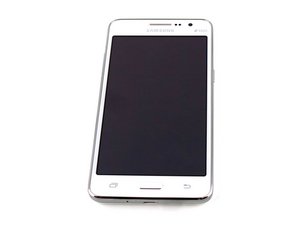 Released in October of 2014. This model, SM-G530H/DV Samsung Galaxy Grand Prime, comes in a White, Gray, or Gold casing.

Galaxy will not turn on

No matter what you do Galaxy won't turn on or is continuously restarting.

If your Galaxy won't turn on you may simply have a drained or dead battery, especially if the device hasn't been used in a while. Try plugging your galaxy into a computer or AC adapter and wait to see if device starts to charge. If device does not respond to either charging source you may need a battery replacement.

If your Galaxy does not respond to being plugged into a power source, the most plausible problem might be the motherboard. For instruction on how to replace motherboard view this page

The screen or the frame of the device has a crack but the phone is fully functional.

If your Galaxy has a cracked or broken screen then you may simply need to replace your screen even if the device is fully operational.

If your Galaxy has a cracked or broken mid - frame then your phone may be more vulnerable to breaking. To replace broken mid-frame refer to replacement guide.

The screen appears blank or frozen but the device is fully powered.

Sometimes you have to restart the Galaxy for it to respond again. To restart your Galaxy when it is unresponsive, press and hold the sleep/wake button located on the right side of the device until the Samsung logo appears ( ~5 seconds).

It is possible that the display is bad if nothing seems to appear to be damaged. If Galaxy starts normally multiple times and the blank screen still occurs then the display might need to be replaced.

If your Galaxy does not respond to being plugged into a power source, the most plausible problem might be the motherboard. For instruction on how to replace motherboard view this page.

When you plug in headphone or speakers the audio doesn't play properly.

It is most likely that the cause of audio distortion is a bad audio jack once you have realized that there no problem with the external speakers. For replacement of audio jack see the audio replacement page.

It is unlikely that your phone's earpiece speaker is bad, but if found to be source of the problem you need to replace it with a new speaker.

Galaxy will not charge

The battery will not charge when Galaxy is plugged in.

If your Galaxy does not respond to being plugged into a power source, the problem may lie in a broken charging port. To replace charging port view the port page.

If your Galaxy still won't charge you may simply have a dead battery.If device does not respond to charging source you may need a battery replacement, especially if there is no problem with the charging port.

Having trouble connecting to the internet?

Wireless connection is set off

If your galaxy won't connect to wi-fi on it's own verify that it's wireless connection settings are enabled.

If you are still having problems connecting to wi-fi and the issue is not with the wireless settings then you may have a faulty antenna. If your antenna is faulty then you may need to get it replaced.

My galaxy keeps showing a message that its device memory is full so I cannot receive any messages. I deleted a whole lot of stuff but still the same message. I would like to save what I have not deleted so far and clear the phone completely but can't even do that cause when I tried transferring my pics and videos to my laptop, it is showing that the folder is empty. Anyone has any ideas?

Clean your cache from your settings menu, and buy a sd card to transfer your apps and pics, I have a 32 gb sd card and have no issues with it now, but your phone has to have a certain amount of free ram to operate properly.