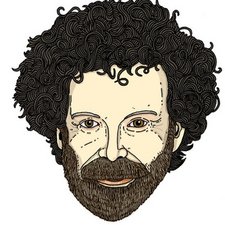 The iMac switches on and boots without any problems, then after about 15-20 minutes the computer screen goes lots of funny colors and anything the computer is doing stops working.

for instance, if the computer is playing music the song will get stuck on the second it switched to the purple green screen.

I thought it may be a heating problem because once the computer has been switched off after the problem it does not start again properly.

I cleaned out all the dust stuck in the fans and the rest of the computer to no luck.

anyone have any ideas?

Try zapping the PRAM and a NVRAM reset

If neither of those work then it could be the video card is going, OR that the thermal paste needs replacement. causing video problems and freezing due to overheating.

THANK YOU! It worked and I owe you a beer or something!

Hi @originalmachead - I just tried your suggestion and so far, my problem has not yet re-occurred. I hope it holds up.

That said, I would like to try replacing the thermal paste. I could not find a guide for this specific model from this devices main link on ifixit:

Can you (or anyone) please send me a link to a guide on how to do this?

I've had this issue with a 27" mid 2010 iMac with a ATI Radeon HD5750 1024MB video card. I was seeing lots of small randomly colored squares appear all over the screen. Moving windows around would clear them out but the squares would reappear randomly over the screen just as quickly.

After seeing a number of posts suggesting this was a GPU memory issue and that reflowing the GPU circuit board might solve it I thought I may as well give it a go. In the worst case I would be up for a new video card, which was the next cheapest option anyway. In the best case it would cost me a $7 tube of heatsink paste.

I followed these instructions to remove the GPU, stripped off the heatsink, the foam bits, and a tiny white sticker and then baked it in our kitchen oven. Take photos as you go so you can remember where to put things back and where to re-apply heatsink paste.

Based on comments from other posts I followed these steps:

The hardest bit I found was reconnecting the the GPU temperature sensor. It's a tiny two-wire connector that gets plugged into the underside of the mother board and is in a fiddle place to get to. Right angle tweezers would be handy but I got but with a pair of mini needle nosed pliers.

So far it seems to be working fine. Normally the problem was showing up immediately after logging in to the iMac, regardless of if it had been powered down or left running for a while, but after an hour or so of running a bunch of apps I haven't seen it yet. Fingers crossed it lasts.