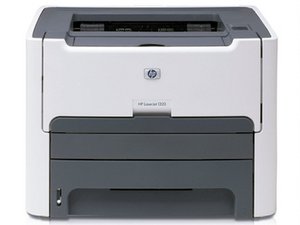 My printer keeps on printing blank papers non stop once it's connected to power. This even happens when the printer is not being sent a job and the cartridge is not installed in the printer.

Any ideas on what the problem is?

Try clearing your printer que on your computer.

I would suspect an old print driver deigned for an older version of Windows that is not playing nice as this printer is older. The good thing about these SMB class LaserJets is the processors can do the processing without a host dependency, so you can easily use the HP UPD, or a generic driver :-). In some cases, it does come with Windows but it’s usually a really dated version or it isn’t quite right. As such, usually better to download it from HP and install, and not replace the built-in but add it to the driver list.

If you need to see how to install the driver to work this way, here's a guide on how to do it. The driver link is in the guide.
There is no way around it - you need to configure the printer manually to make this work right, as the other modes are touch and go in many cases.

Your printer is new enough to ship with the PCL6 personality in firmware, so you should be set to use the PCL6 driver - which is best for PCL6 machines. If it doesn’t work, the PCL5e driver is an option. You may need to use the DOT4 port, but I never tested this model so try USB_001 and then if that fails it’s a DOT4 required printer.

If it is, I suggest plugging the printer directly into the USB port to see if anything changes.

Are you having any trouble with other USB devices?

Just to make sure, here's a link to the 64bit drivers for that model that the Windows 7 Compatibility Center states is required for operation:

I have to disagree with your answer, Kelly. My suggestion to use the HP UPD bypasses the Windows Compatibility Center nonsense with a very good chunk of LaserJets. My 1012 "is not compatible with Windows 7", yet I can work around it like it's child's play anyway. The Windows Compatibility Center is a joke when it comes to many Laser printers other then HP, too. I will say many reports with Inkjets tend to prove true there but not so much with a laser printer.

However, because this answer isn't technically incorrect but it's ignoring the HP UPD I'm not going to downvote it. You do bring up a valid point but as a advanced user I have to disagree but I don't think that warrants a downvote.