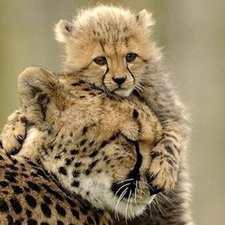 Blank screen, no chime at start up

Out of no where, iMac 24" EMC 2134 (mid 2008) will not boot, no chime. I can hear fans power on, etc. I do not have suction cups at the moment, but was bale to peek inside the bottom where the vent holes are. Upon connecting power cable, first LED comes on. Upon start up, second LED comes on. There is a single flicker on the third LED, however, it stops there.

If I have deduced correctly from the LED descriptions, this indicates a video card issue. Am I correct?

No Video, No Boot Chime

The computer will turn on, but there is no boot chime and no video on the display. The faint sound of the fans, hard drive, and optical drive may also be heard.

1. Make sure all software updates have been applied to the computer. Refer to KBase article 303903, Intel-based iMac: Installing available updates , and to Apple Downloads for updates for the iMac (Mid 2007) model of computers.

2. Follow instructions in the “General Information” chapter to reset the SMC. Does the computer display video after successfully resetting the SMC?

No: Continue to next step.

3. Verify that only supported SDRAM memory has been installed and that it has been installed correctly. Unsupported and/or defective memory can prevent the computer from booting. It may be necessary to install known good memory for testing purposes and replace any unsupported or defective SO-DIMM’s identified during this process. Does the computer display video after verifying and/or replacing the memory with known good memory?

No: Replace the logic board.

5. Make sure the machine is powered off, and remove the access door and front bezel to access the diagnostic LEDs. Plug in and start up the computer to observe the diagnostic LEDs. At this point in the Power On process, you should hear a boot chime, and LED #1 and #2 are On. Is LED #3 On or Off?

LED # 3 is On: The video card and logic board are communicating properly. Go to the next step.

Did you forget about the PRAM reset?? Don't recommend that people replace their logic boards or video cards before they try that first! The PRAM reset worked perfectly for me and others I've recommended it to; it is not as well known as the SMC reset. In my case it would boot into a black screen with no chime at all. I nearly gave up until I came across the PRAM reset hint.

Not sure anyone posted about this but recently almost parted out 2012 a1419 BTO 27” unit power second led fans fast etc black screen. No chime but occasionally swapping memory etc get it boot then hang, I’d given up tried once more Wifi Card only problem. Noticed once made it recovery would connect my Wifi so removed totally walla chime back loaded Mojave using Ethernet ordered new card hopefully helps I read everything could but PRAM battery nothing helps. Wasn’t bad graphics card after all this is BTO i7 upgrade model but probably isn’t first one do this thanks

I had this issue with an old iMac that stood for ages and the onboard battery ran flat. Replaced it and the machine powered on but no beeps or display. Only once I had it apart I tried various RAM combinations and got the bong with that. Re-connected everything and all good. Check the ram with known good RAM and try a few times.

Don't run out and buy a new logic board or video card just yet!! RESET YOUR PRAM!! (This is not the same as SMC reset)

As a potential solution to the black screen on boot, this is done upon restarting the Mac similar to an SMC reset:

Reboot the Mac and as soon as you hear the boot chime, hold down the Command+Option+P+R keys together

When you hear the boot sound again, the PRAM has been reset so let the Mac boot again as usual

At this point your Mac should boot again as usual and no longer have the black display, loading OS X as usual.

If there is no boot chime, don't worry, just hold down the Command+Option+P+R keys together shortly after you hear the typical boot up disc check, or within a couple of seconds of depressing the power button to turn on the Mac.

Hello I have I think a 2008 iMac powers on I can hear fans but nothing else and screen stays black? So is it video card that went out?

Hello! I press the power button and the 3 LED lights come on and the disc input makes sound but that is it. What should I try next?

I have exactly the same problem. Did you manage to solve it? @eroberts

Not necessarily -see this answer.

I should have worded more clearly. The third LED flickers once, then stays off. The link you provided covers if the third LED stays on. Mine does not. Thanks!