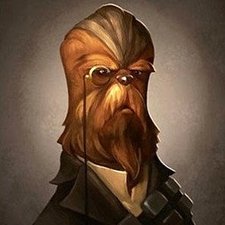 MacBook Pro turns off after a couple of seconds

A couple of days ago it started turning itself off within a couple of seconds of me turning it on. This problem seems to be quite widespread but I could not find a solution to the problem anywhere.

After troubleshooting it for what seems like years I've found out that:

-If I let go of the button I was holding AFTER I'm logged in I get the standard prompt -"Are you sure you want to shut down your computer now?" If I press and hold any button again, I can just click Cancel and the computer doesn't switch off

-Funnily enough if I press and hold the power button at start-up I can use the computer normally. If I try to press and hold it later it turns my computer off as it should.

So yeah, that's what I've found - hopefully it will help someone with the same problem.

Any ideas as to what I could try? The laptop is still under warranty so if I fail to resolve the issue by Monday I'm having it repaired but I would really prefer not to lose my workplace for 3-5 working days.

Dan - sincerest thanks for your answer. The laptop is covered under warranty so I really did not want to open it. External keyboards did not word as the built in one had higher priority, especially the power button.

mayer - I know it is covered under warranty, I even stated so in the original post. You are like those people who answer "just google it" when someone asks a question that has been answered ANYWHERE before. I wrote about my process of getting the laptop in a somewhat working order hoping it helps someone else, and that someone provides an obvious (software) answer I had missed that would allow me to not wipe my laptop and part with it for 5-7 working days.

In the end I ended up having it repaired under warranty. I learned a bit more about the problem but everything points to a hardware defect.

Sounds like a stuck key on the keyboard. There could be a few possible causes here.

If you have a USB or Bluetooth keyboard you could try using it. In this test setup you're going to pop the bottom cover and carefully disconnect the keyboard ribbon cable then using the power pads startup the system with the external keyboard plugged in or linked via Bluetooth. Does it start up OK that way? If it does you've isolated the problem down to the keyboard.

The next step is to see if the battery is blistering causing it to push up on the keyboard. Carefully loosen the battery screws, reconnect the keyboard is this now working better?

The last possibly here is did you spill something into the keyboard? You may end up needing to pull the upper case off and the keyboard - Big job!

Solved it by pulling the keyboard ribbon cable out of the ZIF socket.

Refer to step 11 of this guide:

I noticed some of the connection pins in the ZIF socket where gummed up with what looked like dust. I carefully cleaned the pins with a cotton bud dipped in alcohol. Also cleaned the connections on the keyboard ribbon.

Reinserted the keyboard ribbon. Turned machine back on and everything is now working normally.

I am having this exact problem on a 2012 15" MacBook unibody. I took it to the Apple Store and they thought it was a defective keyboard and offered to replace the top case for a little over $200. I decided to just replace the keyboard myself with one from eBay, but didn't fix the issue, still the same as before.

Hey @inadvisabills, did you manage to find out what the issue was? I'm having the exact same problem with my 15" 2012 Retina MacBook Pro. But in my case, an external keyboard works fine, as long as I keep any key pressed on the built-in keyboard. Cheers

I did figure it out! There was a little piece of corrosion on the keyboard socket on the logic board. It was shorting two of the pins. The power button is routed through here, and the computer thought I was pressing and holding the power button. I simply took an x-acto knife and cleaned off the gunk and I am still using this machine today with no problems. It did take a good magnifying glass to see, though. Hope this helps!

thx @inadvisabills your comments re: corrosion in the socket put me on the right track. I have posted full details in answer below

This happened to me too what I did was I programmed caps lock to have no function, I then taped down this key and it works like normal (I don’t use caps lock anyway) my computer is the MacBook Pro 17’ with the touchbar, still have warranty just using this as an improvision

ok the same problem i am also facing and as Adam mentioned i inserted a toothpick in function key slot while keeping it pressed so as it remained pressed. but that is a temporary workaround.

Update 2: The paper clip worked, but if I ever closed the lid, I had to expect it to be shut down when I opened it again. Note: what actually solved the problem was the Security Update 2019-005 for macOS 10.13.6 that I installed a few weeks ago. No joke, it’s been running perfectly fine since then, without a single random shutdown. Not coincidentally, I remember the problem first started after the previous Security Update 2019-004 installed itself. So this is on Apple.

Update: Never mind, it’s acting up again. Time to look for a new MacBook (it has other issues too, e.g. with the battery, and the left shift, ctrl, and option keys don’t work, and it’s just really old). In the meantime, I’m now trying the “paper clip crammed into the eject button to hold it down” trick.

I tried the same solution as above. Opened the back panel and disconnected the battery. Found the keyboard ribbon cable and the ZIF socket (see step 11 in the guide linked above, in Scott Blinman’s answer). Lifted the socket hinge and carefully removed the ribbon cable.

Cleaned the ribbon cable and socket with Q-tips and rubbing alcohol. Blew out a few crevices and lightly dusted the logic board with clean Q-tips. Reinserted the ribbon cable. Reconnected the battery, screwed the back panel into place, and hit the power button.

It started up without holding down any key, and I've been typing this whole response without a hiccup. No need to replace the entire logic board, this did the trick!

It's the keyboard ribbon cable. I had accidentally pulled on it (thinking it was the battery cable) then the problem arose on my 2012 15" MacBook Pro Retina, "Are you sure you want to shut down your computer?" Kept popping up randomly and even logging in without hitting a key, the computer would turn off or screen would go black. I'd have to hit a key while logging in or keep pushing "Cancel" every 6 to 15 seconds. Although while holding a key down, the computer functioned normally.

Solution: Clean the ribbon cable with alcohol and reposition it back properly. Hasn't happened since.

Well you chewed me out for suggesting that it was under warranty and then did exactly that to get it fixed.