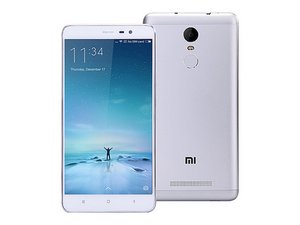 Why is phone not charging?

Hi there, the thing is that i have less than a month with the phone but it suddenly stopped charging. I didn't drop it and it never touched water, so I have no clue what happened. Already tried pressing all buttons, leaving it charging all night, etc. Any ideas?

Have you connected the USB cable to a computer or a different charger to see if it charges?

Yeah I already did

open back cover.... open usb charge socket DO short circuit usb SOCKET AND TOUCH A WIRE OR A METAL THING BOTH SIDES BAC OF THE USB CHARGIN PLACE DO IT 2 OR THREE TIMES THEN IT WORKS..... MY TWO PHONES WORKED THE MAIN REASON WHY THEY DONT CHARGE IS USING SOME FAST CHARGING CHARGERS OR POWERBANKS...... DO WHAT I SAID IT WORKS﻿

Can you explain how to shortcircuit the charging port?

Yes how to do the short circuit thing? Can you explain step by step

Use a strong light and a magnifying glass to visually inspect the USB charge port.

Check that the pins are all there and that they are straight and parallel with each other. Also verify that there is no lint or dust in the port enclosure.

If there is dust or lint, do not use a metal probe to try and remove it as you may damage the pins. Try a vacuum cleaner, using short sharp bursts to see if it removes the debris. If it is still there after trying a vacuum cleaner, then using a wooden toothpick very gently pry it out.

If there is nothing in the USB port and as your phone is less than 1 month old , I suggest that you consult the warranty section in the documentation that came with the phone as to what you have to do to make a claim for a manufacturer's warranty repair or replacement.

I had same issue with my note 3, it wasn't charging normally and have to put it in a unique position to charge without disturbance.

To fix it, I just pushed the charging pin inside the phone charging socket a little upward.. Light n gentle push with a flat steel pin. And it worked, and is charging in any position I throw.

It worked for me..thanx..had tried software update,developer options etc but your method was the only effective one..

My phone is not charging quickly than as usual

I had the same problem the solution that worked for me is to shut down the phone and charge it.

It happened to my phone too. It was dead for like almost 2 weeks. And then I let it charge whole day, it turned on just for 3 days. Now it won't charge again.... It is really killing me.

What is the problem...how to solve this

mi lite y not even mobile I purchase new one now from 20 days phone working good but charging as problem 1% 50% R 100% get suddenly swith off. I as changed battery new. also. guide me

Check if the adapter and the usb cable are working properly ( even if you use the original one. ) If they are okay, then probably the problem is lint. Try cleaning the charging port with a toothpick or paper. Try restarting the phone and charge again.

If nothing works, its best to take your phone to the service center.

Xiaomi Redmi 3x - I developed a charging problem with my Xiaomi because of using a fast-charge cable that apparently wasn’t compatible with the phone and the phone dropped to 0% and just wouldn’t charge.

Please note: If the light below the home button isn’t on (Solid, not blinking), the phone isn’t charging. I left the phone plugged in for 18 hours and it had no effect.

PS: Using a USB cable to PC wasn’t good enough as the small charge provided wasn’t enough to charge the phone to where the screen would turn on properly.

PPS: In some cases the phone went into a loop of screen-on/screen-off. In this case, I disconnected both the battery connector cable and the battery sensor cable and left it to vibrate for a while, connecting and disconnecting the cables while in a “boot” state, seemed to get it out of this state eventually.

PPPS: If the battery connector cable disconnected from the main PCB then the battery percentage will always display 0% even if it’s not the correct charge.

Part of me is afraid that if the phone battery ever hits 10% the problems will occur again, but hopefully it won’t.

I’ve also ordered a new charging circuit PCB on the internet to replace the current one in the phone.

At first I thought it might be the battery that’s the problem, but after reading many posts and realizing that the charging PCB is cheaper than a new battery, I thought I’d give that a try.

Deeper research states that there’s a “zener diode” on the main PCB board that can burn out when your use a charging cable that’s voltage is too high. This can be removed and will allow the phone to charge, but it’s not recommended as the phone’s voltage input won’t be regulated anymore.

I had the same problem with 2x redmi note 3 pro. It was supposed that quick chargers interact with the phones before sending higher than 5V though the usb, but apparently, they dont.

The first time, it burned a fuse that is right before the USB connection of the upper board. I had to remove ti with some pliers. After that the phone worked normally, but the phone was unprotected by not having the fuse.

Now, some months later, the phone refuses to charge with many chargers and/or cables. even on the PC it charges only when it is recognized as a device, which makes me think that is a deeper problem, probably, the chip controlling power or charging are half dead. For this phone according to the schematics, the chips are: PMi8952 (power management) or SMB1351 (charger chip). The fuse that needed removal appears as FV2106 in the schematics and it’s a ESD5661D07-2 if you wanna get it of aliexpress and replace it.

It’s noteworthy taht the lower charging board also has the same fuse. This fuse is expensive, so ALL the chinese fake lower PCB replacement don’t have it, they simply replace it with some resistors. If you comapre both board (original and chinese replacments) they differ heavily both in PCB layout and components.