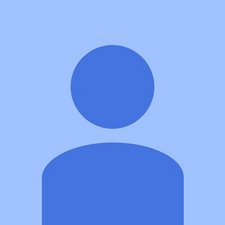 Just bought a brand new PlayStation 4 off amazon and it started over heating. I don’t what to do. I felt around the back and didn’t feel air coming out. Was I sent a faulty PlayStation?

That happens to pretty much any device if you have been using it for too long.

Is the Playstation giving you an overheating signal? My PS4 used to be REALLY loud and get pretty hot and one day it said it was overheating, so I took it to a different environment and it didn't do that again but was still loud so I cleaned the fans as I have had for about 3-4 years. That fixed it.

Other than that, unless you get an overheating problem(Like the console says it, TRUST me, you'll know, it acts like its a melt down lol) then I would say its fine.

If you don't feel air, maybe the fans don't need to, the console can get hot, mine does and my fans arent super loud. There built to withstand this pretty well.

Is it loud in ANY way? Like when it boots up or when you play a game, do you hear any form of sound? Because that would be the fan doing its job, you won't feel air most likely early in a game or at the home screen.

The ps4 hasn’t even played a game yet. I put in the new call of duty and half way into downloading the game an error screen popped up saying it’s too hot then it would beep 3 times and shut itself off. After I let it cool down and restart it it says the the ps4 was not shut down propperly.

Oh really? Then DEFINITELY try getting it replaced. That is 110% a faulty PS4 delivered. Try to get your money back! If you ABSOLUTELY can't, then try buying a new PS4 fan(Cheap) and replacing it, or maybe even see if its plugged in! Just detach it and reattach it, if you can't get a return. Its not to hard to do, my Dad and I replaced my fan a little while ago.

Your making it sound like the fan isn't even working, so try to detach it and reattach it or replace the fan all together. And maybe put reapply some thermal paste on the CPU/GPU. AGAIN. Only If you can't get a return... because thats not normal.

If you considered doing what I said--

Whenever i play bo3 my ps4 says "ps4 too hot" so one day i couldnt take it anymore so i decided to open the ps4 up myself and blew the dust out with a vaccum cleaner put everything back the way it was meant to be and now the fan blows louder and whnever i try to load up a game not even a good 5 mins it shuts down ! Does anyone know what might be the problem dont wanna get rid of it because it means alot to me !

How far down did you open it? Did you go all the way to the CPU/GPU cooler or just took the first piece of the PS4 off.

When my PS4 was hot, I cleaned it, but still had the same problem, so I opened even farther down and cleaned the CPU/GPU cooler and that completely fixed the problem.

If you did clean the CPU/GPU cooler, then maybe you didnt hook it back up properly and that goes for anything, even if you didnt go that far down.

1. So either go down further and clean the CPU/GPU cooler or completely replace it.

2. Or make sure everything is plugged back up.

Hmm. May of blew dust into it further on accident. Best thing is to go even further and clean more throughly. Especially the CPU/GPU cooler

If you play it too long that will happen.

Are those fans really necessary?

Are those fans really necessary?

And the fan gets really hot when i turn it on

The definition of comp

I was playing my ps4 and it beeped 3 times, it’s done this before but i fixed by cleaning it. It’s the 1st time it’s happened in a while and I waited a while till I turned it back on and it beeped again. So what do I do