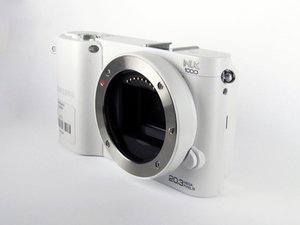 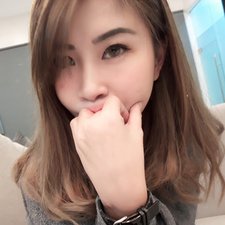 How can I connect my Samsung NX1000 Camera to my Smartphone now?

Since Samsung Remote View Finder and Samsung Mobile Link Apps are already not available from Google Play Store, what mobile Application can now be used to connect my Samsung NX1000 Camera to my Smartphone (Samsung Galaxy S7 Edge)?

Was the feature to connect to a Smartphone now useless just because this has been manufactured and released earlier than 2013?

Any help is much appreciated.

Here are the 2 apps you mentioned.

Download them to a PC and then transfer them via USB to the phone. Remember where you downloaded them to in the phone.

Use File Manager app (or equivalent) in phone to locate file(s) and tap to install them.

To be clear about @jayeff suggestion, you will likely need to find the older version to work with your camera, however his suggestion should fix your issue.

Don't doubt you but how old is old?

Hi @jayeff , I just would like to thank you for your help!

I did what you advised me to do so, and I tested them okay and perfectly working fine! :)

Hello! Glad to know you were able to get your NX1000 connected to your phone again.

In my case, I upgraded the firmware of my NX1000 to the latest version (1.15), so the solution to download the APKs for MobileLink and RemoteViewfinder did not work. My NX1000 would prompt me to download the Samsung SMART CAMERA App, but when I do, the app is unable to recognize my camera even with my phone connected to the camera's WiFi.

For those in the same situation as I am, here is what worked for me:

Then just follow the usual steps on either your camera screen or phone screen.

Your NX1000 should now be recognized by your phone, and you should now be able to use your WiFi features like before. Hope this helps!

You rock! Unreal that this antique version of the Camera app works like a champ, and the newest one won't connect. Do you have the same issues with NFC too? Mine stopped working a year or so ago after some android updates were pushed to my LG phone.

I tried this method with my WB350F camera and my Samsung A50....same BAD result. No connection.

No need to download version 1.1.9 which also has the same stupid disclaimer that it would only works with camera released after 2013.

Can you please help me, i tried everything and nothing would connect to my nx1000 at all, not the two apps, not the two versions of smart camera, nothing at all, i start the wifi on the camera and connect to it on my phone, but the app on the phone doesn't find the camera at all, I'm running Android 10 but i tried before on Android 9 as well

mine wont connect too, ive tried everything this forum suggests to do but nothing works, pls update me if you have found any solution, im also too desperate to use the app

I have a WB850F, I tried everything and nothing works. Smart Camera app says that the camera isn't compatible with the app and the mobile link doesn't find my camera, I tried to connect manually to the camera WiFi and the app can't find it. Any solution?

It seems like Samsung abandoned the app, either in playstore or Apple App Store it says that it doesn't support Android 10 or Ios12

Really guys, we buy this expensive camera and then Samsung leave us. I'm !#^&@@. This app was the reason I used the camera, now I'll mostly use the camera on my phone

@ethehedgehog I figured!! Download this link version 1.31 and now it works on my s20+ running Android 10

Then download this version and be happy again https://apkpure.com/samsung-smart-camera...

I can't believe that Samsung updated the app just to make it not usable for us. Just download the link I posted guys. It's working now.

I was having the same connection issues where my camera and phone were not connecting despite the app finding the camera. Adriens post is on spot but here it is in 3 simple steps.

If it fails, restart the app and repeat the steps again, do it fast enough so the app does not time out.

I am having the SAME issue with my Samsung WB350F camera. Everything connected FINE with my Samsung S7, but now, I have a Samsung A50, and can NOT get them to connect. Looking for an email contact number for Samsung camera division...as I LOVE my camera, but HATE the connection issue!

Just turn on gps give app access to location

Connect very esay phobe to camera and work all options