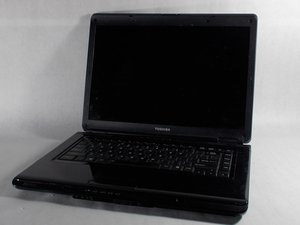 Why is my laptop stuck on setup utility page?

I have a Toshiba satellite L50D laptop (which is about 4 years old) and recently it will only show the 'toshiba setup utility' page everytime I turn on the computer. No matter what I do I cant get off of this page and rebooting the computer only brings me directly back to this page. It couldnt be happening at a worse time as Im swamped with college work right now and following guidelines from other websites has proved unsuccessful thus far.

I have a basic level of computer proficiency so if anybody could provide me with some laymans advice on how I might be able to resolve this, thatd be much appreciated:)

Try holding the power button for about 5-10 seconds to power it off completely.

Then start the laptop and repeatedly press F12 to bring up a boot menu. (If the menu doesn't appear retry but hold down the FN key while tapping F12 )

Once the boot menu pops up select HDD/SSD and it should boot from your hard drive.

I had the same issue and it works just fine when I do this.

That worked! Thank you Billy Young! I work out of my home and I was in severe panic mode. Mine went out the day I start work and I got it working before I began the day thanks to you!

thank you so much guys, you just saved my life . I was having the same problem recently and I just fixed it by the help of your suggestion and written experience. thank you so so much

Yeah... That worked . Thank you so much Billy young.

It works!! Thank you

Listen to the hard drive - with the visual Toshiba BIOS (HSW/AMD-present), No OS and failed hard drive conditions load the BIOS as the fallback. It usually happens under 3 conditions:

The issue is simple: When Toshiba was making their own laptops, they also used Toshiba branded hard drives. I’ve never tried the Toshiba branded SSDs, but I wouldn’t touch any of the "client" drives with a 100-foot Coronavirus ridden pole if the spinning hard drives are any indication of quality (that said, the SAS/enterprise drives aren't bad but that's because they have to be). I'm not sure about the Kioxia generation yet, as it's based on Toshiba IPs.
When the Toshiba branded laptops were new, many of them had an issue with the original HD within 1.5-2 years, and it was addressed - some with limited use slipped but once they were used consistently, they also died like the rest.
At this point, many of these "no POST" Toshiba laptops have original HDs that are dead or dying in droves with the same symptoms - mainly “no POST (black screen), “No boot device”, or going to BIOS as they age. Sometimes the sellers leave these bad drives in for the new owner to swap out. Yes, I could easily score a unit with top end specs and fix it with an NVMe SSD and a 256GB scratch SSD, but I do not buy Toshiba/Dynabook new OR used out of principle.

A lot of newer laptops - not just Toshiba have moved to the BIOS boot fallback or run diagnostics automatically. This is usually expected behavior. If you have a AMI skin Toshiba, these still use the traditional POST messaging. Dell also does it on the newer more modern machines (which use SupportAssist, not ePSA). In some cases like my 7490, they still show "no boot device" when the SSD is removed, or if you use Dell Data Wipe. They did this because normal users do not understand no boot device means the drive needs to be checked (or if it’s a corporate computer, let IT know it has a hard drive problem), so they moved to providing a visual indicator so the user can see something is wrong.
If anything, this post shows how well using the BIOS as a fallback works to hint that something needs to be checked.

Sorry for your predicament, Phil.

I’ve seen this same type of error when powering on other brands of computers. They all appear to be master drive connected, meaning that either your boot sector is damaged, or the drive controller is damaged.

Best suggestion I have would be to install a new hard drive and reinstall your software.

Maybe someone will have a simpler suggestion for you.

if u have an usb plugged try unplug it