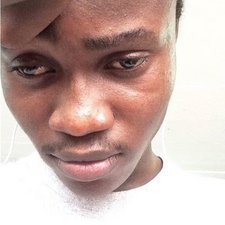 vertical bars on my display

My Macbook Pro shows vertical lines on the right side of the display, sometimes it changes to pitch black, sometimes clear lines while sometimes just clear lines. 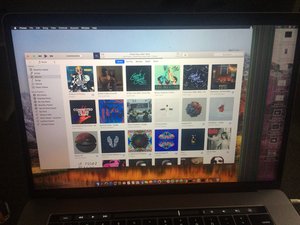 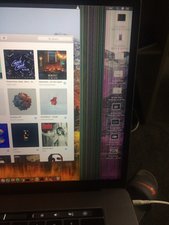 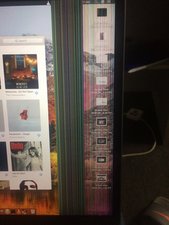 Had to replace the whole screen, before I finally fixed it, it started showing the stage light effect and would completely go blank when I fully open the lid.

Fist try to connect your Mac with external monitor or tv and check if the bars appear on the Mac display. if yes there is an hardware issue, if no software causing an error to reset press control + options + P + R restart the computer and press these buttons before getting grey screen.

I do think this is a slam dunk, the display got a good bang damaging it. No need to test with an external display.

@amily - If it was software the bars would stay within the given apps window, here its across the desktop and the menu bar. This is a messed up display and will need a new one.

@danj I really wanna be sure before buying a new display, I have a feeling a cable is not seated properly,, there's literally no sign of crack

@ichtrojan - I realize you likely don't see any physical damage as the damage is internal within the lid or hinge area.

Thanks @danj, @amily the rest didn't work but thanks for the help

The signaling is a raw display signal unlike what we've seen in the past. Before we had LVDS, then iDP (also known as eDP) which is what the older retina displays used. Here the signal is not converted as the T-CON board is mounted at the hinge area just above the main logic board. 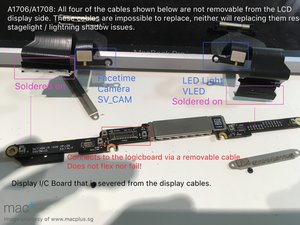 The signal cabled or soldered to the T-CON and not replaceable or removable without damage.

Sadly, nothing here to fix.

So, in other words, I just have to change the entire display unit

Sadly, yes. I'm sorry Apple did us in making these system harder to service.

Thanks a lot @danj, would hoard cash for it

I had the same issue with a a1989 unit I recently acquired.

as you can see there’s horizontal lines across the display.

after removing the display assembly from the main body. I then removed the adhesive tape covering the contacts for the flex cable to t-con board on both sides. Then used flux and went over the contacts with fresh leaded solder. There’s tiny holes in each contact that flows the flux and solder thru onto the board side went over both cables a few passes with the solder iron to make sure it’s adhered and connected well. Replaced the adhesive tape covering the contacts with original one or uses kapton tape if original wasnt reusable. Then reassemble. 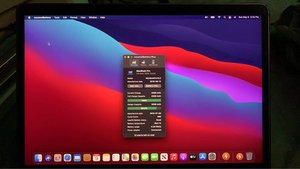 Has been working fine for the last 48hrs. Not 100% how long the fix will last. Hopefully mixing in some leaded solder into the unleaded solder Apple used makes the repair last longer.

bravo ! I haven't ran into this yet, but offerup has a laptop with this problem and it screams "banding" which is similar to your fix, but easier.. either way if one side of the connection from the tcon board isn't good, your going to get this type of distortion and its usually fixable with a sorta kludge fix or like th eone described above.

Is there any other way to check whether it is the Display by itself is the problem or if it’s another issue? 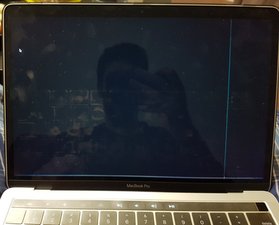 Did you get it fixed?

Did you ever figure this out? I have the EXACT same lines on the left side of my MacBook Pro

The issue is a hardware one either within the LCD panel or the T-CON logic and the ribbon cables to the LCD.

Oy, having the same problem with a 2015 13” MacBook Retina. To fix the issue after consulting this site, I got a used replacement display assembly. $275 later… The problem persists. It is less bad, but different horizontal and vertical lines appear on the screen. Despite restarts, PRAM resets, attempts to re-seat the cable, the works. And they don’t show up on a 2nd monitor.

Don’t know if this was the case with the 1st display assembly (which grew worse and worse, eventually developing solid black blotches of nothingness randomly across the screen), but the replacement display appears to have a “soft spot” on the screen, at the nexus of the horizontal and vertical lines — a place where, if you touch it or put pressure on the screen, the colors of the lines change, but don’t go away. And if you press hard enough, black blotches appear. They are temporary, and disappear after a while. For now…

Thanks so much Michael! I really appreciate the pointer to Sorin’s video.

Hello guys, I have MacBook PRO 2016 late Touch Bar 15 inch, few days back after working through when I turned it off. Next morning as I opened the lid I found one green vertical bar, which shows whole screen flickering when I place my cursor on it ( green vertical bar) as I took a screenshot of it to check whether it was a software issue or hardware since the bar doesn’t appear on the screenshot. it’s so annoying. I bought this device in 2017 feb. no idea what to do, please HELP

On white background it would go enormous

no idea what’s happening. Never dropped or any bang ever.

You will be blamed for the issue by Apple. They are accepting no responsibility for this problem and it's actually something that went down due to a defect in the manufacturing of the computer. Apple has known about this for years (per the customers who called their attention to this issue) and they continue to sell these defective products. The say you will need to purchase a brand new laptop screen for $795 or $495. A scam.

Yeah, did you encounter the same problem?

i just had the same problem, got it repaired at apple store for $678. smh

Same problem! Never dropped it , using it in my desk

I had this exact same issue and what it ended up being was my LCD was cracked. I believe it was because I was working outside in the sun and the screen got really hot to the point that when I applied just a small amount of pressure to wipe the screen it cracked the LCD. I ended up ordering a replacement from China on Ebay and fixing it myself.

how much does it cost?