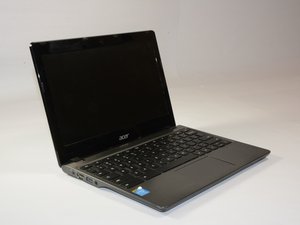 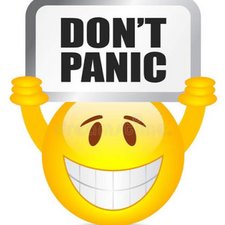 So i’ve been through all the basics, the ESC+RESET+POWER, unplugging the display screen, unplugging the battery and holding power down, and I’ve let it charge to %100 (from orange to solid blue). I’ve tried the 60 second power button holding down and no joy.

From the teardown i’ve seen, it doesn’t have a standard BIOS battery, just works off the main battery. It’s using a SSD 16GB and i’ve not yet pulled that. I could be wrong, but i think the memory is onboard as well as all the upgrade sites just show the C720 and not the chips or speed. Heck, i’ve even taken the “lock” screw off to see if that would cause anything different.

Add to original post: It’s not coming on. No solid power LED, no fan spinning. So any advice about doing things that only work with the power running won’t really help. Suggestions for procedures (that require it being on) really are not relevant.

I forgot to mention i tried connecting it to an external monitor when i began diagnosing it.

The blue light is saying the battery is fully charged, so we know at least that portion of the hardware is working.

You might have a hardware issue with the power button itself. You can test that by trying to boot into developer mode.

You might also be looking at a hardware issue with the screen. If the screen isn't working you could still boot, just with a black screen. If that's the case:

If your monitor and video card work with another computer, your motherboard probably has an issue. You can attempt to troubleshoot motherboard.

You can also do a USB restore with the Chromebook Recovery Utility and see if the problem would be resolved.

In case any other issue may occur, you’d better back up your computer regularly on external hard drive.

Hope my answer comes in handy.

A lot of these suggestions require the power to actually be "on" and it's not doing that. There's no fan spinning and no LCD light on (just a quick blink on and off).

I'm not trying to offend, but i know the power isn't coming on and i'm not a novice. I'm just looking to find a procedure that might "initiate" a clear that might cause the power to come on. I've even tried the "hidden" button (on the little black box) that's close to the LCD mounts on the top-right.

It might, very well, be a dead mother-board but i wanted to exhaust all possible options before going to that and i don't have any external testing equipment to verify that status.

You may try to reseat the RAM, take them all off for couple of seconds then put them back in making sure that they are seated properly into each slot.

Blue light flashes once but doesn't stay on, this is almost always a bad motherboard aka "Main Board". It makes no sense to try out every other option if the issue is in the motherboard, my suggestion is you can attempt to troubleshoot the motherboard and see if there's any issue.