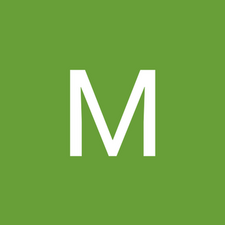 Looks like it will be an easy switch because display battery and keyboard are fully compatible. For SSD I will just change the cheap adapter from my old MBA 2011 M.2 SSD.

Often times Apple alters things enough between the series runs Mid 2011 - MacBookAir4,1 Vs Mid 2012 - MacBookAir5,1 so the parts are not compatible.

This is one of the rare times they didn’t. The logic board is functionally a direct drop in, But you will have an issue with the display not working properly, but it will work! The displays ID is the issue.

I would stick with your current SSD unless its running out of space. If that’s the case I would strongly recommend sticking with the real Apple SSD’s or either OWC or Transcend SSD’s as they are designed to be compatible.

I don’t recommend using M.2 SSD’s with the cheap adapters being sold.

Please tell me more about issues with display and how to solve them. I found in the internet that some sellers offer "2010-2012 MacBook Air displays" which make me think that they are identical.

The Extended Display Identification Data as well as the FaceTime camera are different.

The LCD panel is identical its size and scan, the system EFI will list it correctly.

@danj What kind of visual issues to expect if System EFI won't list correctly my display? I will need to install additional drivers/kexts to boot macOS? Or I will just see some abnormalities on screen ?

@danj is it possible to solve the issue by overriding the monitor EDID? For example, by placing overrides into /System/Library/Displays/Overrides ?