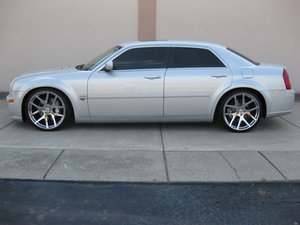 The Chrysler 300 was designed as a modern interpretation of the Chrysler C-300, featuring a large grille, long hood and low roofline that was prominent on those vehicles. 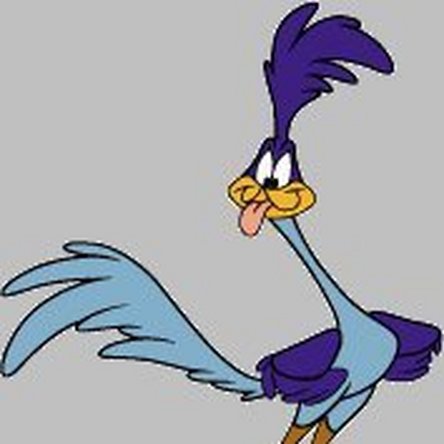 "No Communications" with the ECM

The ECM has had the SKIM (security) option deleted by All Computer Resources, Inc.

I have triple-checked powers, grounds, 5 volt references, and wiring to both modules. Also has 12 volts & 2 grounds at the OBD connector.

The CAN high & low wires measure 60.8 ohms. Voltages on those lines measures 2.61 volts and 2.43 volts, respectively.

The ASD Relay & Fuel Pump Relay do power up when the key is turned on, then the fuel pump relay waits for a cranking signal, then it re-energizes when the engine is cranking.

Has power to the coils & fuel injectors through the ASD relay.

Any ideas for correcting the “No Communications” problem would be greatly appreciated.

According to Chrysler, the Front Control Module (FCM) acts as global communicator for all of the other modules. Does anyone know of a way to bench test the FCM?

Someone else suggested trying another ECM, in case this one is bad. Sure, it could be bad. I'm not sure if it was working before the SKIM delete was performed or maybe it went bad BECAUSE that was performed. I thought about plugging this ECM into another car, just to see if it would communicate, but according to Chrysler, doing that would reactivate the SKIM system, thus negating the $125 SKIM delete that I've already paid for.

Click on the Electronic Control Modules link to get to the relevant section of the manual.

Select fullscreen mode to make it easier to view and if it is useful, there is a download link in the top right corner of the page, so that you can access it easier later on.

ON p.8E-11 (or p.11/304 top left corner), it details how to perform diagnostics on the FCM. I think ;-) This is not in my area of expertise but hopefully you should understand it.

Thank you for the PDF link. I've been accessing the tests through a friend who has access, but trying to relay to him what tests I need is like playing the children's game "phone booth". Things get lost form me to him & back again. At least now I can scroll through all of the tests.

I made some progress today! The pinout for the Front Control Module shows 2 separate CAN wire pairs (plus the CAN Diagnostic pair), but the wiring diagram for the ECM only shows one pair. The other pair was called out on my DLC pinout as being only for automatic transmission (which I don't have), but the instructions from DIYHemi.com has those connected at the ECM. So on a whim, I connected both pairs together and now the ECM communicates with my scan tool! I have never been so happy to see 22 trouble codes ever in my life. None of them were anything that would cause a no-start condition and I still don't have spark or injector pulses, but at least I'm heading in the right direction! :-)

Just curious about what you're saying and remember I know very little to nothing about what you're trying to fix but I was wondering when you said that initially it didn't communicate with the ECM but upon connecting the wires that are used when there is an auto transmission together with the original two wires connected to the ECM it did.

Getting around to it ;-)

Does it communicate when using only the two wires that are used when an "auto transmission" (which you said you haven't got) is present and the original two wires are left disconnected?

Basically originally 2 wires from FCM to ECM no comms

If it works does the ECM "think" that there is an auto trans present and that may be why other things aren't happening or have I got this all wrong?

Just wondering why the ECM would work one way and not the other unless it wasn't expecting the "other" in the first place.

To fix my no communications issue, I connected the 2 pairs of CAN wires at the Front Control Module. I don’t know where that second pair of wires is supposed to be connected, but jumping it to the first pair of CAN wires made the system communicate.

But the engine still would not try to start.

Fast forward to this weekend and I made some more progress . I had previously not connected the ECM C1 pin 30 (yellow wire, "FUSED IGNITION SWITCH OUTPUT (START)") because I was not using the ECM to trigger the starter relay. Apparently the ECM needs this input to know when the engine is being started (as opposed to just providing fuel & spark based on cam & crank signal inputs).

Now it starts (mostly) and I’ve got some drive-ability issues to sort out.