Repair information on hard drives or hard disks. Hard drives are magnetic data storage devices. They are used in most desktop, laptop, and server due to their low cost and high data density. 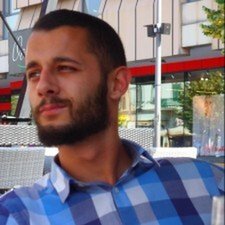 My Toshiba C855-12L laptop dies, and I ended up with a BIOS-locked drive, which doesn’t accept either Master or user password (the very same password was used for both). I tried various software to try and diagnose and unlock the drive but had no success with it.

iFixit suggested I update my question, so here’s what I learned in the meantime:

·        I need data extracted from the drive by any means necessary, excluding going to a Data Recovery Center. I don’t care about the drive itself, only the data.

·        The drive doesn’t accept the passwords (the one password I use for absolutely everything) and power cycles after three incorrectly entered passwords.

·        The drive is ATA Password protected, with the security level set to High (in which case it should accept either Master or the User password).

·        I learned this by using several software solutions, like Victoria and mHDD.

·        Neither of the aforementioned solutions helped me unlock the drive.

·        When plugged externally, the Storage feature in Computer Management (Windows 10) acknowledges the drive, but doesn’t let the system initialize it. It also displays the drive as a single partition instead of two.

·        Afterward, I learned that this particular model, the Toshiba Disk Drive MK5075GSX, suffers from firmware issues, so I have no idea how to address that without accessing the drive first.

So basically, apart from learning what type of lock was used to secure the drive and realizing that backups exist for a reason, I’m still stuck on square one. I need a pointer in the right direction or instructions on how to unlock the drive.

What program did you use to encrypt your drive?

@andrewsawesome It was locked from within the BIOS.

I think you locked it with Bitlocker (or another encryption application) to be honest. Do you have the "recovery" file? Otherwise it can be a pain to remove it.

@dan0 If BitLocker was used, Windows should at least acknowledge the drive, and prompt me for its password when I connect the drive externally. But it doesn't.

The drive spins, when connected externally, but Windows isn't acknowledging any hardware being connected. Disk Management within Windows detects the drive, but displays zero information about it. So that potentially excludes any BitLocker, or third party software encryption, besides BIOS.

Did you tried to format the drive?