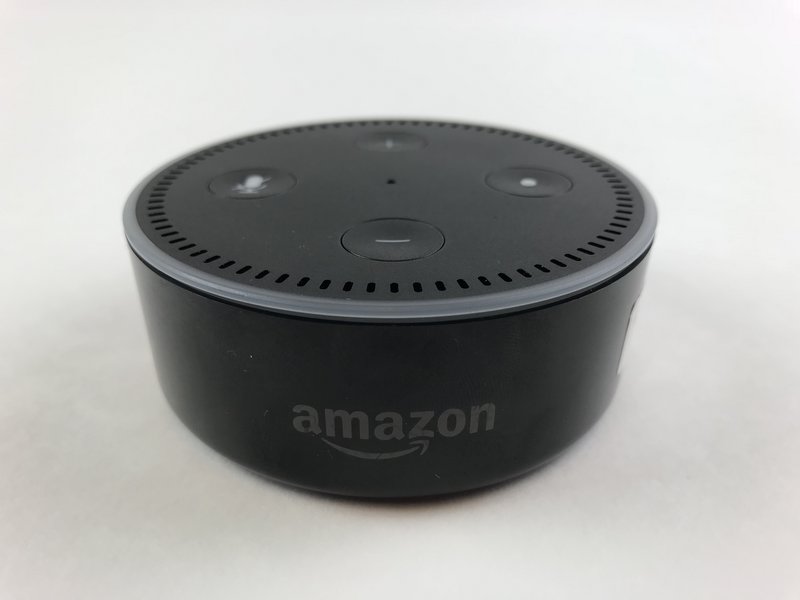 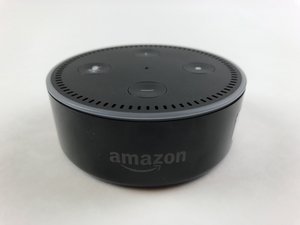 If you are having trouble with your Amazon Echo Dot 2nd Generation, refer to the troubleshooting page

This is the 2nd generation of the Amazon Echo Dot, an artificial intelligence device created by Amazon, released in October of 2016. The model is identified by the number RS03QR. The model number can be found in the user manual that came with the device. It is differentiated from the 1st generation of the Amazon Echo Dot by its smaller build, as well as the presence of volume buttons as opposed to the volume dial present on the 1st generation. The 2nd generation offers improved voice recognition capabilities, and is available in black and white.

The Amazon Echo Dot is a small, handsfree speaker control system which uses the artificial intelligence, Alexa, to complete various smart home tasks. It is compatible with several bluetooth devices, as well as most cellular devices.