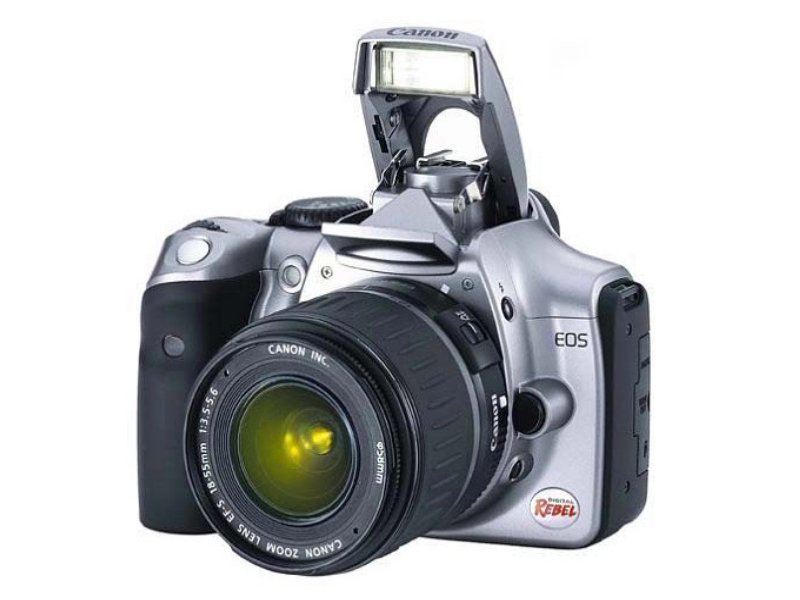 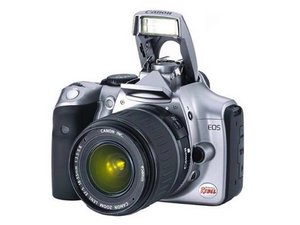 The Canon EOS 300D (also known as the EOS Digital Rebel, the EOS Kiss Digital, and the DS6041) was one of Canon's first entry level digital cameras which was made to be affordable than their more professional cameras.

The camera is made with a polycarbonate body. It sports a 6.3 Megapixel sensor and it is compatible with Canon's EF and EF-S lens mounts.