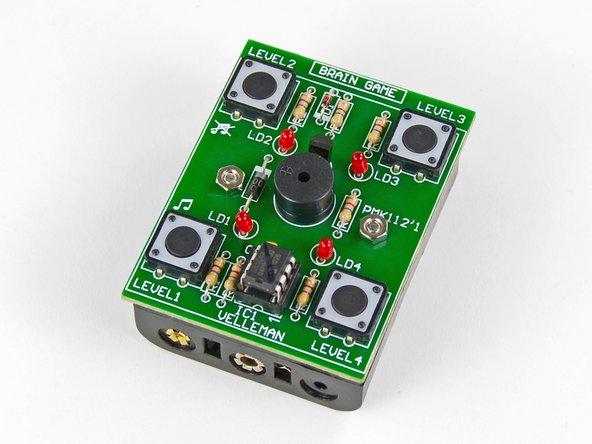 So you just purchased our Level 1 Soldering Kit to practice your through-hole soldering. This guide will help you through the steps while teaching you about soldering, resistor reading, and component polarity. Soon, you'll be ready to replace the battery in your iPod Nano 3rd Generation.

Couldn't the CPU just be soldered in directly, instead of using the socket, or would this cause damage or something?

Yes you can, but it’s not a good idea. If you hold the soldering iron on the chip for too long, you might overheat it to the point of causing damage. This isn’t a problem for someone experienced with soldering, but it could be a problem for a beginner. Using a socket avoids the problem.

Thanks for a great tutorial, but apparently the design for the battery compartment has changed since this was made. It now comes with just one bendable lead on the top end and one on the bottom end of the compartment, which makes soldering to the battery compartment less straight forward. seems like it might be a manufacturing error. I got a replacement sent to me when I realized this, thinking it was a one-off, but the replacement has the same design. It's weird because even the (much less descriptive) guide that comes with the set shows 2 bendable leads on one end like yours.

I am having the same exact problem. My wife got this for me as an anniversary present. I am at the part where you are supposed to do the soldering to the battery box. Needless to say, I am stuck. I am thinking I’m going to have to find a piece of wire with insulation on it that I can use in the place of the junk that is in the box for this connection to the positive terminal. It’s the only solution I can think of, anyway.

Such a good article ! But I have a question. Why u have use AA battery ? can i use 6v 4.5A sunca battery?

By the way I have also a Electronics Site. You may visit .