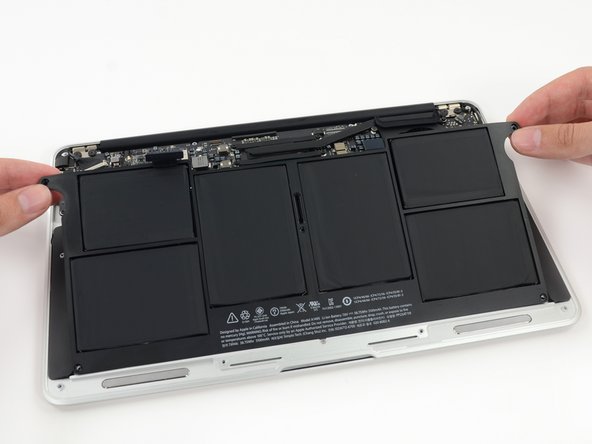 Use this guide to replace the battery.

Reminder: Crimp the new battery’s ribbon cable before you screw it in so that you’ll have an easier time connecting it to the power terminal.

That was too easy. After dealing with the glue and all the zif cables to replace the battery on a MacBook, this was just an easy breeze.

Followed instructions, but MacAir lost gattery icon and will not charge replaced battery, despite SCO reboot and recheck on battery connector

the battery I purchased has the battery connector in a different spot…it’s to the left…can it be slid over to the correct position?