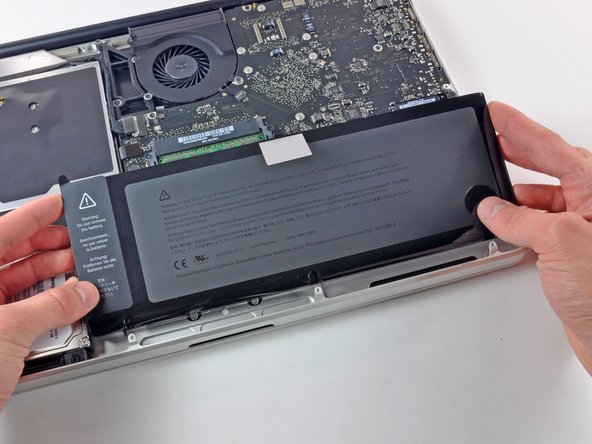 Use this guide to replace an old or faulty battery. If your battery is swollen, take appropriate precautions.

Changing this battery for a friend went as smooth as silk. I've done this many times before so that was no surprise, but now the battery (bought from ifixit) shows only 85% charge even after being left all night to charge, and the charger stopped charging and shows the light on the charger shows green.

What have we done wrong and what do we need to do about it?

You need to calibrate the new battery. Charge until it won't charge any more. Unplug the computer and leave it until it puts itself to sleep from low battery. Make sure your settings are as low a threshold as possible (3%) I think is the minimum. Then plug it in and charge back to 100%.

Further note: we tried running off the battery, and when it was at 44% tried to recharge it using another charger that we knew was working. The battery indicator says the battery is not charging.