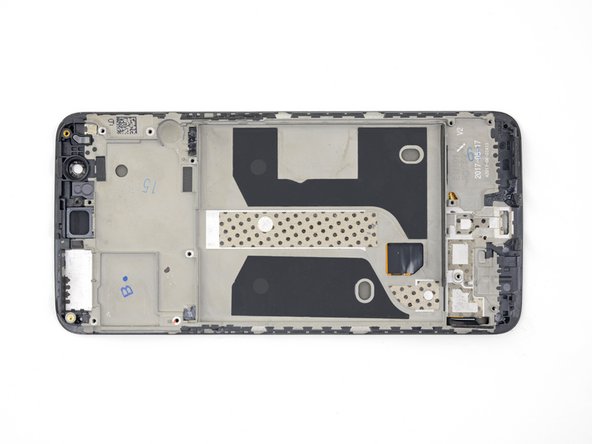 This guide shows how to remove and replace the screen and digitizer assembly for the OnePlus 5.

Use this guide for screens that come pre-mounted on a frame.

This procedure requires significant disassembly, including battery replacement, and transferring small parts from the old screen to the replacement. The two most difficult parts are getting the frame clips of the back cover free, and not damaging the fingerprint scanner cable.

Some guide images will show the dual rear-facing camera module already removed from the phone. You do not need to remove it for this procedure.