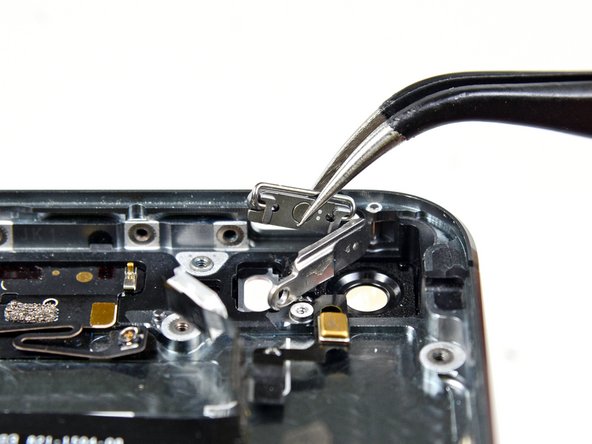 Use this guide to remove the power/sleep button from your iPhone 5s.

In this disassembly for the power button, did you guys figure out how to silence the button rattle that we hear when shooting video or just shaking the phone? It is believed to be coming from the power button.

How do you re connect the new button to the Hinge part of the power button assembly?﻿

Nice write up. Thanks!

there are several screws and their size missing from this guide. the 3 on the left side once you remove the battery, the ones that hold the volume and vibrate brackets in place. what size are those? i've been working on this phone 8 hours straight and lost track of where some of the screws go and what size they should be. i was stuck with a power button that wouldnt fit properly and i was at it so long i dont know where some of the screws go. i would really like a detailed guide/chart with screw sizes on it. and using calipers, are the sizes listed referring to the length of these screws? thank you

Sounds like you might be looking for a different guide? Those three screws you reference are detailed here. To answer your question, yes, the measurements are the screw lengths in mm as measured with a caliper.