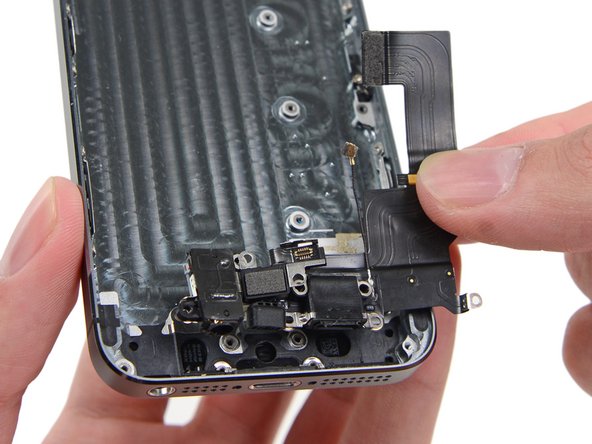 Use this guide to replace a scratched or damaged rear case on your iPhone 5s.

There appears to be steps missing from this guide. I am finished but the antenna is still attached to the inside of the case. I see it in the image of step 60, but not after. I also have 2 clips remaining on one side of the case.

I quote scott56 except the last pic I see the piece is #61 and I have two clips per side plus the spring of the SIM card.

The guide is excellent, but few things are missing. You will need double stick adhesive to reattach the battery otherwise it will rattle inside the case. Also the lightening cable need double stick tape to stick to case. Its highly recommended that you have a roll of 3M thin double stick tape before you start. The guide also left out that you need to remove and reinstall SIM card lever and three mounting clips. Plus you need to pull off various rubber components all around the old case including those that secure lightening, speaker, audio jack etc to the case and reinstall them in the new case.

I don't get service please help ?

Are you in the restaurant and waiting to be served? Wrong place and definitely not good question - why are you not asking what is wrong because the phone is not working? Come on!!