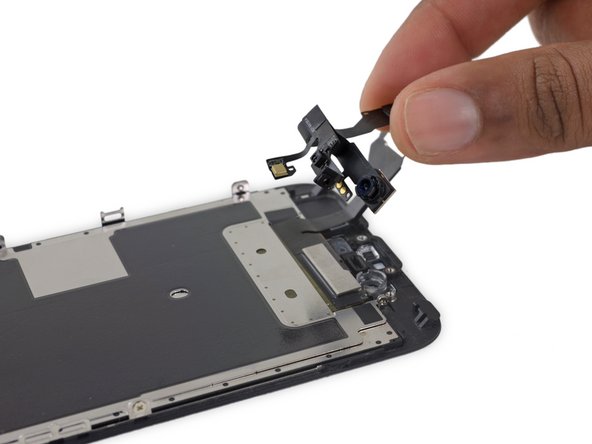 Follow the steps in this guide to replace the front panel sensor assembly in an iPhone 6s. This component contains the front-facing camera, ambient light sensor, and microphone.

I replaced this connector (+camera) and now the camera doesn't focus anymore. Any idea why is that?

There is a good chance that the camera is bad. Try to rub it with a Q tip and some alcohol if that does not fix it try to clean the glass of the screen from the inside.

I replaced connecter but still not working the sensor. Any reason?

Or should be replaced with the new flex, because I read in the other tutorial here in ifixit that mentions something about the speaker an oil that these have.

I questioned this because I broke the flex of my iPhone 6s Plus trying to clean after water immersion.

Just used this guide to replace the front camera in my iPhone 6s !!! Thank you guys at iFixit ! Now it works as well as a new one! yaaaaaaay