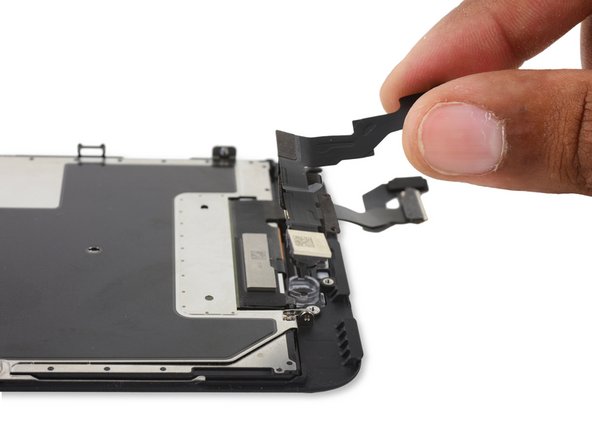 Follow the steps in this guide to replace the FaceTime camera and sensor assembly flex cable in an iPhone 6s Plus.

front camera not working but the problem not from the camera i checked, i do not know the reason, please help

I changed this Kabel now the 6. Time. But the auto-brightness didn't work. When I install the old cable it works (microphone damaged). I try some descriptions of calibration, but it didn't work. Can somebody help me. Thanks.

It sounds like your ambient light sensor (step 26) is damaged or incorrectly placed. Reinstall the flex cable to ensure the sensor is sitting correctly in its housing. If that does not work, get in touch with your parts supplier and request a replacement.

Hm but I have now the 6th cable! That is not realistic that all cable are broken or?

Also when I only connect the cable (without installing in to the display) it didn't work (for all 6 cable). The original work. It's crazy.

No, it's super unlikely that 6 cables in a row are all broken, but if the original flex cable works while the other 6 do not, the problem is almost certainly in the cable. Maybe order a part from a different distributor and see if you have better luck?