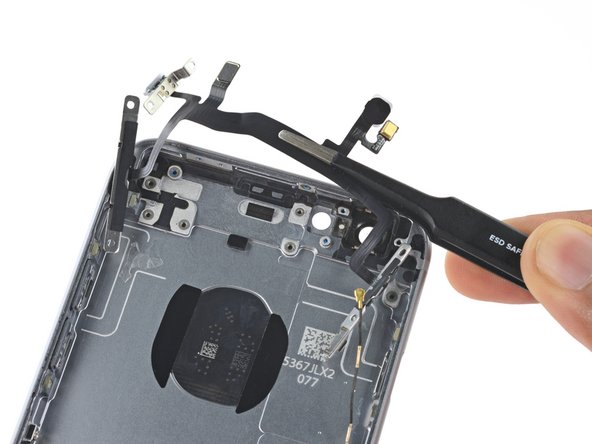 Use this guide to replace the upper component cable, a.k.a. audio control cable. It includes the volume control buttons, silent switch, true tone flash, microphone, and sleep/wake button in an iPhone 6s.

Does anyone know where the secondary cell antenna is located on the 6S, it's easily visible on the 6S plus.

Is it under the top wifi antenna, built into the board?

I had a question about the last step. Mine Upper component cable appears to be attached to the brackets that hold it in place. They appear to have very small spot welds which i cannot remove. It looks like the new cable should wrap around the brackets with an adhesive but i cant seem to get the brackets off of the old cable. Why doesn't the new cable come with those brackets attached? Or was i supposed to order those as separate pieces?

This instruction help me so much while fixing phone 6s every pictures in every steps are clear and better than watching video tutorial especially every screw size, thank so much